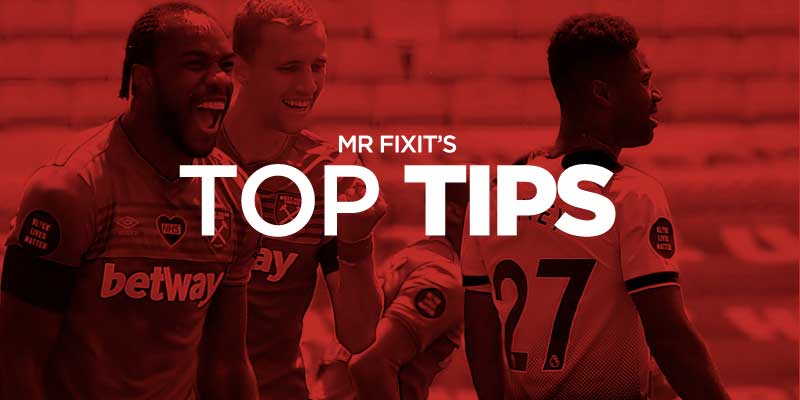 THREE into two won't go in the race for a Champions League place but Leicester City and Manchester United ensured the battle will go down to the wire with wins on Thursday night.

Their meeting on the final matchday of the season is looking like it'll effectively be a Champions League play-off with Chelsea likely to benefit from the fact that it's impossible for BOTH sides to take maximum points from the final two matches. Although there are already conspiracy theories that if Chelsea don't win their next game, at Anfield, it could lead to scenario where the Foxes and Red Devils play out a draw to see them both qualify.

The FA Cup takes centre stage this weekend but ahead of that there's an important game at the foot of the table tonight. West Ham host Watford and a win for either will more or less secure their Premier League status so it could be a nervy affair with so much at stake.

In the Championship West Brom can take a huge step close to the Premier League. With Brentford breathing down their necks they can't afford any slip ups away to Huddersfield. The Baggies are 7-10 to win.

Congratulations in Spain to Real Madrid who wrapped up their 34th La Liga title with a 2-1 over Villarreal whilst Barcelona's 2-1 defeat at home to Osasuna was an almost fitting end to a disappoining campaign that has disintegrated since the season resumed.

You can read our team's thoughts on his weekend's Premier League & FA Cup matches previewed so far below;

Thommo's headline tip Subjectivist won the Glasgow Stakes at Hamilton on Thursday, one of three on the day for the Mark Johnson team. He turns his attention to Haydock on Friday with three tips including Alan King's Trueshan.

Keep an eye out for MrFixit's Tips in the comments section as he continues his recovery. Best of luck for your bets on Friday!