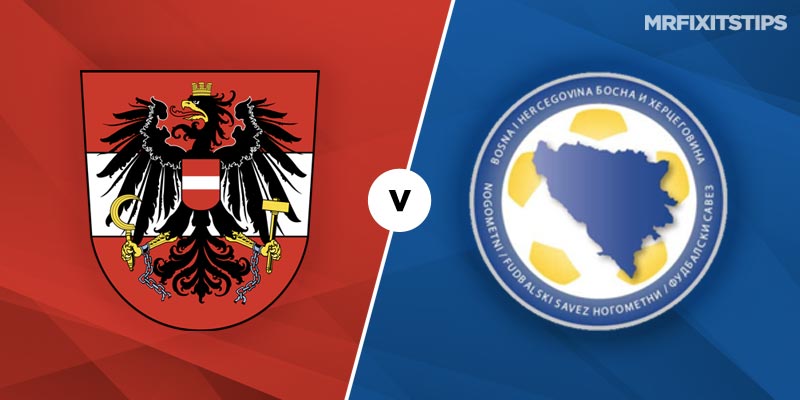 IT will be goodnight Vienna for Austria's hopes of overhauling Bosnia at the top of Group B3 unless they waltz off with three points.

The Austrians edged Northern Ireland 1-0 last time out after starting the group with a 1-0 reverse away to Bosnia. So Franco Foda's men must win tonight and in Belfast on Sunday to have any chance of progressing as group winners.

Despite having quality performers such as David Alaba and West Ham's Marko Anautovic the Austrians have underwhelmed in recent years and failed to qualify for the World Cup from a far from daunting group in which Serbia, Wales and Republic of Ireland all finished above them.

But the win-or-bust nature of tonight's clash should at least see them throw off the shackles. They have a strong home record with their only defeat in 12 coming against Brazil.

They don't tend to be involved in thrillers – eight of their last nine competitive games have seen fewer than three goals and another under 2.5 pays 8-11 at Betfred.

However, the Austrians' need to win should see a more open affair and both sides to net pays 28-29 at Unibet.

Bosnia only require a point to clinch top spot and a place in the knockout round. They'll be confident of getting it after going eight games without defeat and keeping a clean sheet in six matches of that streak.

Bosnia have won all three Nations League outings so far and Edin Dzeko will be licking his lips at the prospect of cashing in against a side that have no option but to go for broke.

The Roma striker has netted three in his last two group games, including the only goal at home to Austria, and tempts at 12-5 with Unibet to get on the scoresheet again.

Another market worth considering is corners. Austria won the corner count 7-4 at home to Northern Ireland and their clash in Bosnia was also 7-4 in their favour.

As for Bosnia, at home to Ireland there were only seven corners but it Belfast the count went through the roof with the hosts having 18 to Bosnia's one.