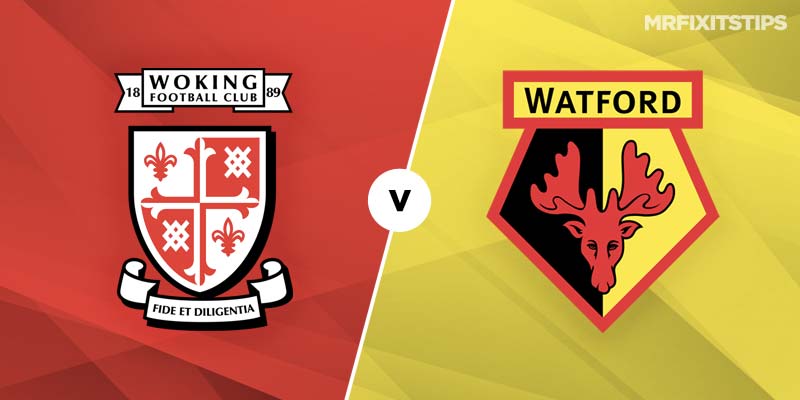 FIVE divisions and 110 places separate these sides with Woking one of only two non-league clubs left in the FA Cup.

They'll have a sellout crowd roaring them on at the Laithwaite Community Stadium as they attempt to scalp the top-flight Hornets and reach the fourth round for just the second time in their history.

The minnows, who sit second in National League South, aren't short of confidence on the back of a four-game winning streak and they've already overcome five FA Cup rivals so far, including 1-0 away wins at league rivals Torquay and League Two Swindon.

A big drawback though is the fitness doubts over 12-goal top scorer Max Kretzschmar. The former Southampton youth midfielder is struggling with injury and limped out of his side's league game in midweek.

His absence would be a hammer blow and while a Woking win at 11-1 with 888Sport and the draw at 6-1 are a step too far they can at least make life uncomfortable for Javi Gracia's big shots.

Watford – just 1-5 for victory – will field a much-changed side with Gracia taking the opportunity to give game time to his squad men.

The Hornets are winless in three in the Premier League – and have just two victories in 11 games – but are all but guaranteed safety already and will want a decent FA Cup run to give their season extra interest.

Their barmy midweek 3-3 draw at Bournemouth showed the best and worst of Gracia's team. Two-nil up, then pegged back to 2-2 before taking the lead again and shipping another goal – all before half-time.

So the Hornets are no strangers to a thriller and six of their last seven games have seen both teams score and they've kept one clean sheet in 11. With an unfamiliar line-up likely to affect their cohesion, it could take a while for them to get up to speed here and Woking will look to catch them cold.

The hosts, who dropped out of the National League last season, are usually good for a goal on their own patch, scoring in 15 of the last 16 and losing just three of those matches, so btts at evens with 888Sport looks worth a go as does Woking to get on the scoresheet at 5-6.

A Watford win and goals at both ends also tempts at 9-5 and, if he starts, bustling Hornets hitman Troy Deeney looks good for first scorer at 18-5 and any time goal at 10-11.