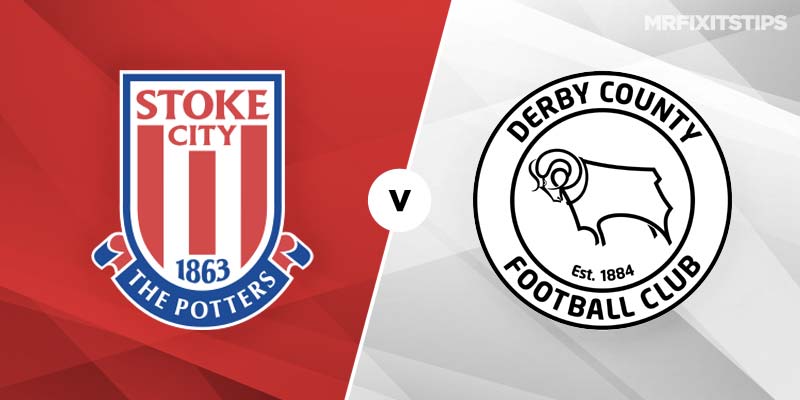 FRANK LAMPARD is still settling into life in the dugout but can be pretty pleased with the start he has made at Derby.

The Chelsea legend has them in with a shout of promotion, something the Rams haven't managed since Stephen Pearson's goal sealed victory over West Brom in the 2007 play-off final.

Lampard's side have lost just once in their last eight Championship games, a 3-0 humbling by Aston Villa at home, so they head into the clash with Stoke in form.

Derby made amends for that heavy loss with a great win on the road at Sheffield Wednesday but can they do it again on the stereotypical wet and windy winter night in Stoke?

Four of Stoke's last five league games have ended in a stalemate and only a Darren Fletcher goal at Bristol City stopped it being five from five.

Goals haven't been flowing in games involving Gary Rowett's side, with two 0-0s and three 1-0s in their last seven games. It's no surprise to see odds as short as 3/4 for under 2.5 goals with 888 Sport but under 1.5 goals looks a little overpriced at 12/5. I'll be slinging a few quid on that.

It could be tight and there's also good value in backing both teams not to score which is available at Evens with 888 Sport.

Stoke's Saido Berahino boosted his confidence with a goal at the weekend and is 11/2 to open the scoring here (888 Sport). I'd be more inclined to back him as anytime scorer at 9/4.

Harry Wilson is worth a bet for Derby due to his expertise from set-pieces. He's in good scoring form and is 8/1 to open the scoring and 33/10 to net any time with 888 Sport.