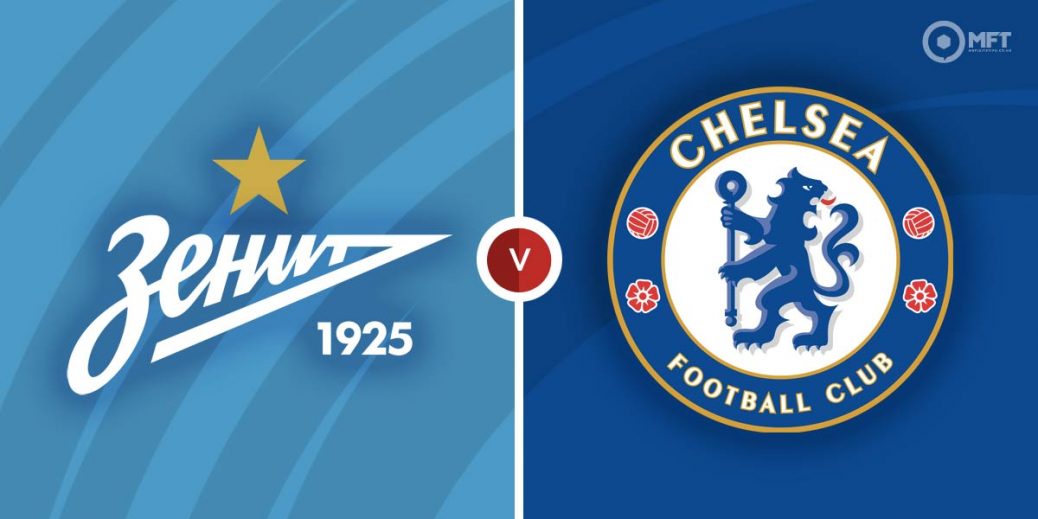 CHELSEA will look to secure their spot at the top of Champions League Group F when they round off their group stage fixtures at Zenit Saint Petersburg on Wednesday evening.

The Blues booked their place in the last 16 and moved to the summit of the section with a thumping 4-0 win over Juventus at Stamford Bridge a fortnight ago.

Top spot is still up for grabs but the Londoners only need to match Juve's result against Malmo when they visit Zenit this midweek.

Chelsea twice threw away the lead to lose 3-2 at West Ham on Saturday, so Thomas Tuchel will demand an instant response from his team at the Gazprom Arena.

Already guaranteed to finish third in Group F, Zenit are simply playing for pride when they welcome the kings of Europe to north-western Russia on Wednesday evening.

Sergei Semak and his players' preparations for this final pool fixture were far from ideal, labouring to a 2-2 draw at home to lowly FC Rostov last Friday.

Zenit's four points were accumulated against sectional basement boys Malmo and the bookies odds suggest that will be still the case when the curtain comes down on Group F, with a home win trading at 29/5 (SBK) while a point apiece has been priced up at 17/5 (SBK) with the same firm.

A victory for Chelsea will be enough to secure top spot and the Blues are 8/15 (SBK) favourites to bank all three points in St. Petersburg.

The odds about a straight Chelsea win look too short to put up, so the best way to squeeze some value out of this could be by delving into the Bet Builder market.

Combining a Chelsea win and under five match goals will bring about a 20/23 (Bet 365) shot and that looks like a nice angle of attack.

Thomas Tuchel has moulded his side into a ruthlessly efficient winning machine and the Blues boss will want to get the job done here with the minimum of fuss.

The above-mentioned Bet Builder has banked in 13 of Chelsea's 14 triumphs across all competitions this term and the same bet would also have paid out when these two teams crossed paths in September's reverse fixture.

It's also worth noting the same combination clicked when Juventus visited this venue and that only adds to the appeal of supporting the same formula on Wednesday evening.

What's more, the capital club will likely have one eye on their Premier League clash with Leeds on Saturday, so supporting a Chelsea success in a game that features fewer than five match goals makes plenty of appeal.

I’ll also be waiting to see who starts up top for Chelsea but if it's Romelu Lukaku, then I'll happily snap up the 6/4 (BetVictor) for the Belgian to get on the scoresheet.

The powerful striker is in midst of his longest barren run since returning to Stamford Bridge in the summer but I fancy the Chelsea sharpshooter to snap that sequence when faced with a Zenit backine that is not exactly renowned for being watertight.

This UEFA Champions League match between Zenit St Petersburg and Chelsea will be played on Dec 8, 2021 and kick off at 20:00. Check below for our tipsters best Zenit St Petersburg vs Chelsea prediction. You may also visit our dedicated betting previews section for the most up to date previews.