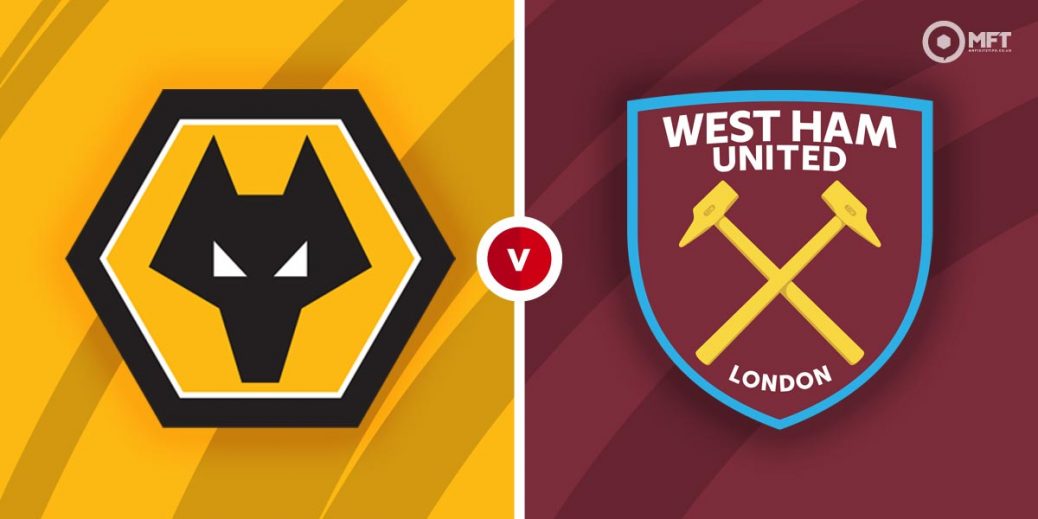 WEST HAM will be aiming to make it five Premier League wins on the spin when they meet Wolves at Molineux on Saturday afternoon.

The Hammers' stellar start to the season is showing no signs of slowing down anytime soon, with David Moyes' side surveying the standings from the lofty heights of third place.

Last time out, West Ham ended Liverpool's 25-match unbeaten run and leapfrogged their illustrious opponents into third-place in the Premier League table in the process.

The capital club will be looking to keep the claret and blue juggernaut rolling and continue their remarkable rise up the top-flight when they travel to Wolves this weekend.

There have also been plenty of encouraging signs for the Old Gold so far this season, who are finding their feet under new management in Bruno Lage.

Wolves had strung together a five-game unbeaten run in the Premier League before crashing to a 2-0 defeat at Crystal Palace a fortnight ago, in a game which brought up my Selhurst Park selection.

Wolves fell to defeat in both Premier League meetings between the pair last season and the hosts' head into this clash as slight 21/10 (SBK) outsiders while a share of the spoils pays 40/17 (SBK) with the same firm.

West Ham are unbeaten in eight away games in all competitions this season and the in-form Irons arrive in the Black Country as 32/21 (SBK) favourites.

West Ham will have their backers at widely available odds-against quotes this weekend but I would rather take the 4/5 on offer with SBK for both teams to get on the scoresheet at Molineux.

The east Londoners have entertained Premier League crowds all season, with eight of the Hammers' 11 top-flight tussles this term rewarding both teams to score backers.

Yet, West Ham, for all their attacking brilliance, have posted just five clean sheets across their last 22 Premier League assignments and they could struggle to tame a Wolves team that look a more threatening attacking unit this season.

Bruno Lage's boys have made the net bulge in five of their last six league games, bagging two or more goals on no fewer than three of those occasions.

However, it's worth noting that Wolves have a mere two shutouts to their name this term, with both teams obliging in four of Wanderers' last five Premier League outings.

With that in mind, coupled with the fact that BTTS had banked in seven of the pairs last 10 collective league matches, supporting the same bet at Molineux makes plenty of appeal at 4/5 with SBK.

I'll also dip into the goalscorer market where West Ham playmaker Pablo Fornals is perhaps worth a speculative punt at 11/2 with PaddyPower to notch anytime.

Fornals, who has four goals in 11 Premier League appearances this season, is capable of producing real moments of magic and the 11/2 (PaddyPower) on the classy Spaniard to get on the scoresheet here looks a lovely price.

This English Premier League match between Wolves and West Ham will be played on Nov 20, 2021 and kick off at 15:00. Check below for our tipsters best Wolves vs West Ham prediction. You may also visit our dedicated betting previews section for the most up to date previews.