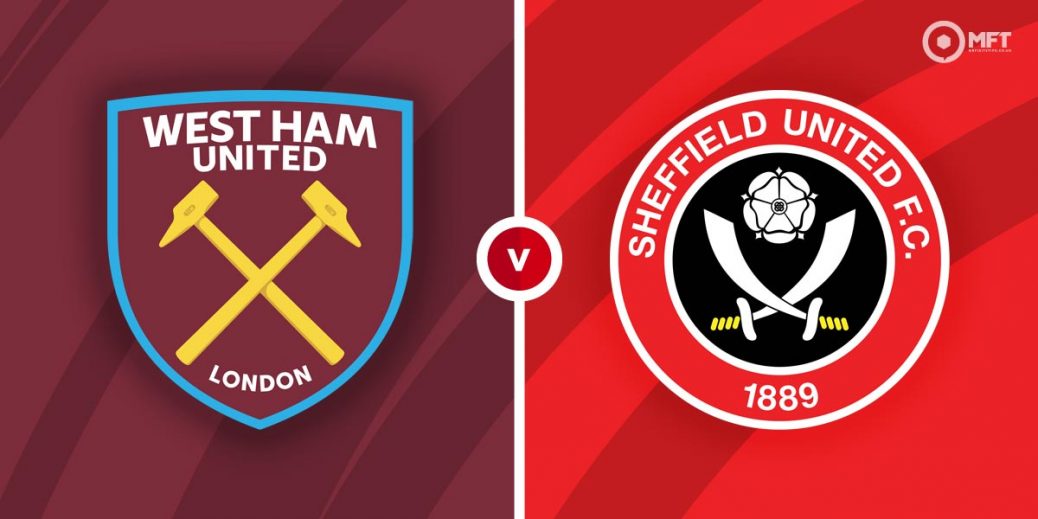 WEST HAM will be looking to get back to winning ways when they welcome relegation-threatened Sheffield United to the London Stadium on Monday evening.

The Hammers have exceeded expectations this season but it's now just one win in four matches across all competitions for the capital club.

Last time out in the Premier League David Moyes' men played out a drab 0-0 with Fulham before crashing out of the FA Cup at Manchester United in midweek.

However, Moyes and Co remain firmly in the mix for a European berth and they will be keen to get back on track when Sheffield United come to town.

Chris Wilder's crew have a mountain to climb to avoid the drop, but the Blades recent victory over Man United has certainly given them a glimmer of hope.

The spirit in the Sheffield United squad is apparent and a win at West Ham on Monday could set the wheels in motion for an unexpected great escape.

West Ham had their bubble burst by Liverpool at this venue a fortnight ago but the hosts are red-hot favourites here at 7/10 with TonyBet.

Sheffield United have lost 11 of their last 13 top-flight road trips and the bookies odds suggest that trend is set to continue with the Blades big outsiders at 4/1 with William Hill and UniBet go 29/10 on the draw.

Sheffield United have been unfortunate to pick up as few points as they have this season as they have been really competitive in the majority of their matches to date.

As such, I suspect this contest could be closer than the odds suggest so instead of siding with a West Ham win I'll head to Bet 365's Bet Builder to construct a same game multiple.

The Hammers have hit the back of the net in each of their last 10 league matches at the London Stadium and that does not bode well for a brittle Blades backline that bagged just one clean sheet in 23 Premier League matches this season.

It's also worth noting that Wilder's side are averaging 2.27 yellow cards on their travels this term and given the pace and flair that West Ham possess in forward areas I'll happily add at least one Blades booking to the above-mentioned Bet Builder.

I'll complete the Bet Builder with over two Sheffield United corners – the Blades are hitting 4.6 flag kicks per game this season and three corners doesn't look like too much to ask from a team who are running out of time in their pursuit of Premier League survival.

I'll also dip into the anytime goalscorer market and take the 7/2 on offer with PaddyPower for Jesse Lingard to get on the scoresheet.

Lingard made a dream start to life out on loan by bagging a brace in West Ham's 3-1 victory at Aston Villa and he looks overpriced to make the make bulge against basement boys Sheffield United.

This English Premier League match between West Ham and Sheffield United will be played on Feb 15, 2021 and kick off at 18:00. Check below for our tipsters best West Ham vs Sheffield United prediction. You may also visit our dedicated betting previews section for the most up to date previews.