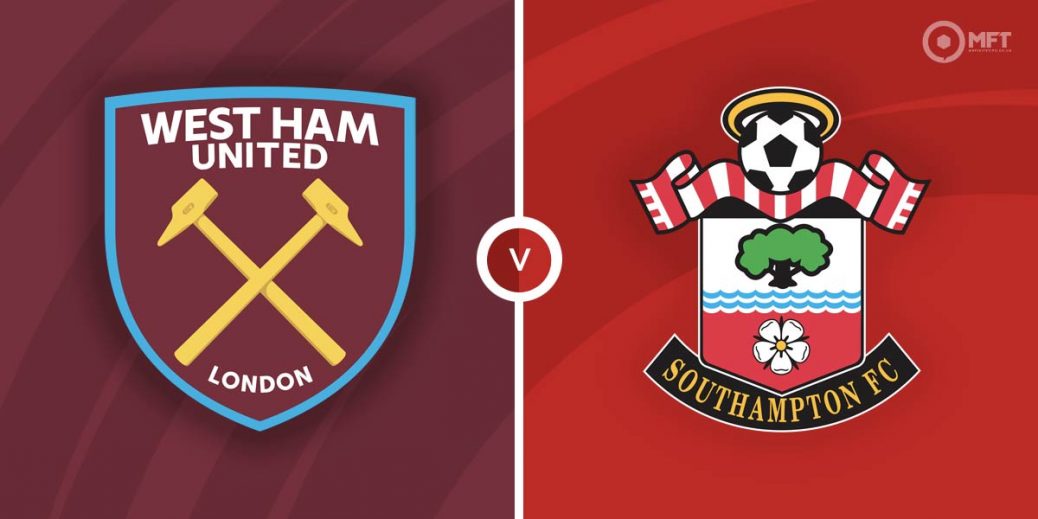 West Ham will be keen to snap out of a mini slump as they host Southampton in a Boxing Day Premier League fixture. Their home record is still quite solid and they should have the upper hand over an out of sorts Saints team.

West Ham appear to be going through a rough time at the moment and have claimed just one win in their last seven matches across all competitions. They have dropped out of the Champions League places and are now four points behind Arsenal in fourth place.

The Hammers are winless in their last two Premier League matches and were beaten 2-0 by Arsenal in their previous fixture. David Moyes’ men followed up that result with a 2-1 defeat to Tottenham Hotspur in midweek to crash out of the EFL Cup.

In the midst of all their recent problems, West Ham’s record at the London Stadium remains satisfactory. They have claimed three wins and a draw from their last four Premier League home matches, a run that includes 3-2 victories over Liverpool and Chelsea.

Southampton are doing even worse than West Ham at the moment and travel to the London Stadium winless in their last six Premier League matches. They have been on a steady decline down the table and are now just five points above the bottom three.

The Saints played out a 2-2 draw at Crystal Palace in their previous Premier League fixture. They came from behind to lead through James Ward-Prowse and Armando Broja but were once again let down by a vulnerable defence and had to settle for a point.

Aside from the leaky defence, Southampton’s record on their travels has also been a problem having claimed just one away win all season. Ralph Hassenhuttl’s men are winless in their last four matches on the road, suffering three defeats in that run.

West Ham are considered favourites among the bookies at 22/25 with Unibet while a victory for Southampton is valued at 10/3 with Betfred. A draw is set at odds of 14/5 by Quinnbet.

West Ham have a 28-25 advantage with 22 draws from 75 previous matches against Southampton. The reverse fixture in September ended 0-0 but West Ham have won the last four meetings at the London Stadium.

West Ham have looked slightly off colour in recent weeks but have managed to maintain their record of scoring in every home match. Michail Antonio remains their top scorer with six goals and the striker could be tipped to end his drought at 6/4 with 10bet if he is passed fit to play after testing positive for Covid-19.

Armando Broja could be worth keeping an eye on for Southampton having scored in two of his last three Premier League matches. Bet365 has the striker at odds of 3/1 to get on the score sheet on Sunday.

There have been over 3.5 goals in two of West Ham’s last three Premier League home matches and Sunday’s clash could be set to follow a similar pattern at 2/1 with BetVictor. Over 2.5 goals is priced at 6/7 with 10bet while both teams can be backed to score at 13/18 with SBK.

West Ham have scored in both halves in two of their last three Premier League home matches and could be set for a repeat at 7/4 with Skybet.

This English Premier League match between West Ham United and Southampton will be played on Dec 26, 2021 and kick off at 15:00. Check below for our tipsters best West Ham United vs Southampton prediction. You may also visit our dedicated betting previews section for the most up to date previews.