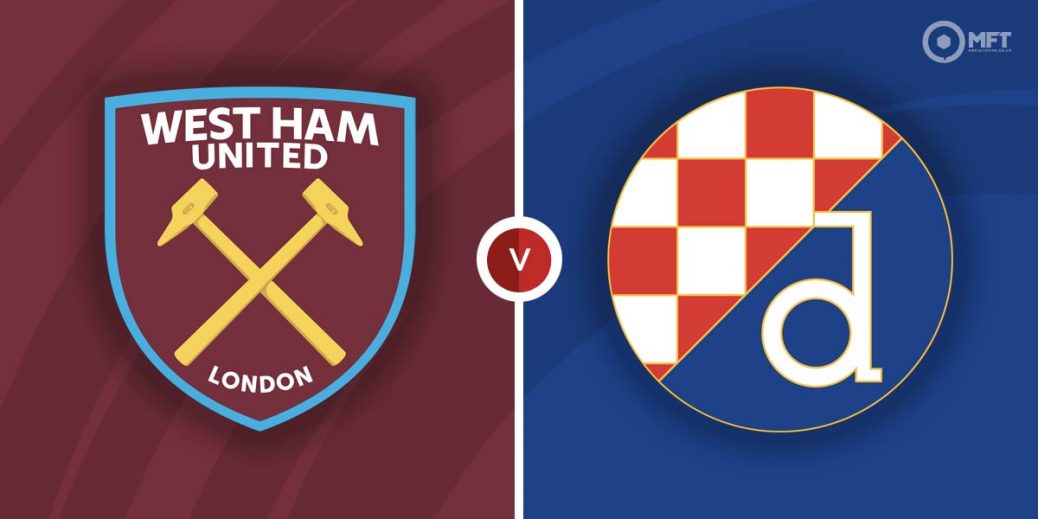 WEST HAM can relax for their final Europa League group game but it's a different story for Dinamo Zagreb as the Croatians need a point to make sure they reach the knockout stage.

The Hammers have been hugely impressive on their return to Europe, with their 2-0 win in Zagreb on Matchday One (below) setting the tone. The only blip so far has been conceding a late leveller away to Genk but it's job done for Davie Moyes' men with top spot in Group H guaranteed.

With their place in the last 16 already assured, I'd expect Moyes to give several big hitters a rest for this one, particularly after the exertions of their epic weekend win over Chelsea in the Premier League.

I didn't think that game would be a thriller but still managed to salvage something after backing the Blues in the corner handicap.

Now it's back to the European arena and this is a tough game to call as it matters far more to Dinamo. They currently sit second in the group but only lead Genk by two points so defeat in London could see them parachute into the Conference League instead if the Belgians win at home to Rapid Vienna.

That leaves Dinamo in a tricky situation. Do they park the bus and play for the point that will see them squeak past Genk or do they have a go against a Hammers team with nothing to play for?

Despite West Ham being far from full strength they are still favourites for this one at a best 66/67 with SBK. Dinamo are as big as 56/19 with the same firm while the draw pays 11/4 with Betfred. Given that result suits both teams, it might be the value bet.

Moyes (below) has mounting injury problems, with Kurt Zouma and Ben Johnson limping off at the weekend and Manuel Lanzini also appearing to pick up a knock.

I'd be hugely surprised if the likes of Michail Antonio and Jarrod Bowen featured here and it should give some fringe players the chance to shine. Nikola Vlasic will be out to impress against his countrymen and the winger looks decent value at 11/4 with Coral to grab his first goal for the Hammers.

Dinamo should field their strongest available side and battering ram Bruno Petkovic looks set to lead the line. He has netted three times in the group already and looks overpriced at 56/19 with SBK for anytime scorer as he also takes the penalties.

The goals have dried up of late for Dinamo during a dismal run of form that has seen them win just one of their last six games. They've only scored five times during that slump but will face a makeshift Hammers defence here so it might be wiser going on the attack instead of defending deep.

Backing Dinamo in the corner markets could be worth a punt, especially if West Ham score first and the Croatians need to go all out for a leveller. Zagreb are 11/5 with Bet365 to win most corners and 6/5 at the same firm to claim the first flag kick.

This UEFA Europa League match between West Ham United and Dinamo Zagreb will be played on Dec 9, 2021 and kick off at 20:00. Check below for our tipsters best West Ham United vs Dinamo Zagreb prediction. You may also visit our dedicated betting previews section for the most up to date previews.