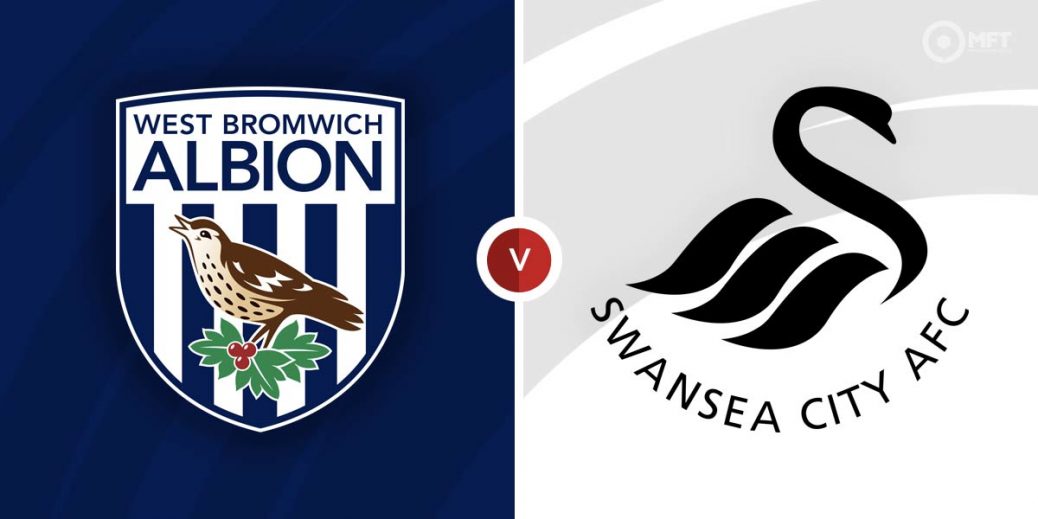 TWO sides that have struggled for consistency in the English Championship this season meet at The Hawthorns on Monday night as West Bromwich Albion entertain Swansea City.

Steve Bruce is still searching for his first victory as West Brom manager, with the Baggies banking just one point from a possible 12 since the 61-year old was appointed earlier this month.

Last time out, Albion threw away a one-goal lead in the space of 10 minutes to crash to a 2-1 defeat at fellow play-off rivals Middlesbrough.

That setback has left the hosts in danger of getting detached from the top-six race, so they can ill-afford another slip up when Swansea come calling.

The Swans head to The Hawthorns looking to respond to a 4-0 thumping at Sheffield United last weekend, a result which left the Welsh club occupying 17th spot in the standings.

As such, Russell Martin's side are pretty much in no man's land, sitting in the comfort of mid-table with no relegation fears, while a playoff push looks out of reach.

Swansea, who have failed to taste victory at this venue in each of their last six visits, arrive in the Black Country as big underdogs at 9/2 (SBK) while the draw is unfancied 45/17 (SBK).

This feels like a tricky fixture to tackle from a 1×2 perspective and I'm therefore going to dip into the Bet Builder market and merge 3+ corners each team and over two match cards at 20/21 with Bet 365.

Hosts West Brom are averaging a healthy 5.97 corners per-game this season, a tally only topped by three other sides in the second tier.

Swansea, on the other hand, have been standard-frequency corner takers this term, with a 4.13 per 90 average, but three flag kicks doesn't look like too much to ask of a team who can afford to take a relaxed approach to their assignments for the remainder of the season.

Therefore, I'm more than happy to back each side to hit a minimum of three corners apiece, but to boost the odds, I'll also over two match cards into the mix.

The Baggies are averaging 1.88 bookings per-game and have received at least one caution in all but one of their 33 Championship outings this season, while the Swans' average sits at 1.87, with Russell Martin's men picking up a minimum of one card in 27 of their opening 31 fixtures of the campaign.

Referee Dean Whitestone is a middle of the range car issuer, but it's worth noting the EFL whistler has flashed three or more cards in 14 of his 21 Championship assignments this season so far.

I’ll also be waiting to see who starts in middle of the park for Swansea and if Jay Fulton gets the nod then I'll have a nibble on him to pick up a card at 13/5 (William Hill).

The Scottish midfielder, who clocked up nine yellows and one red last season, is strong in the tackle and the 13/5 (William Hill) on him to go into the book here could be worthy of some interest.