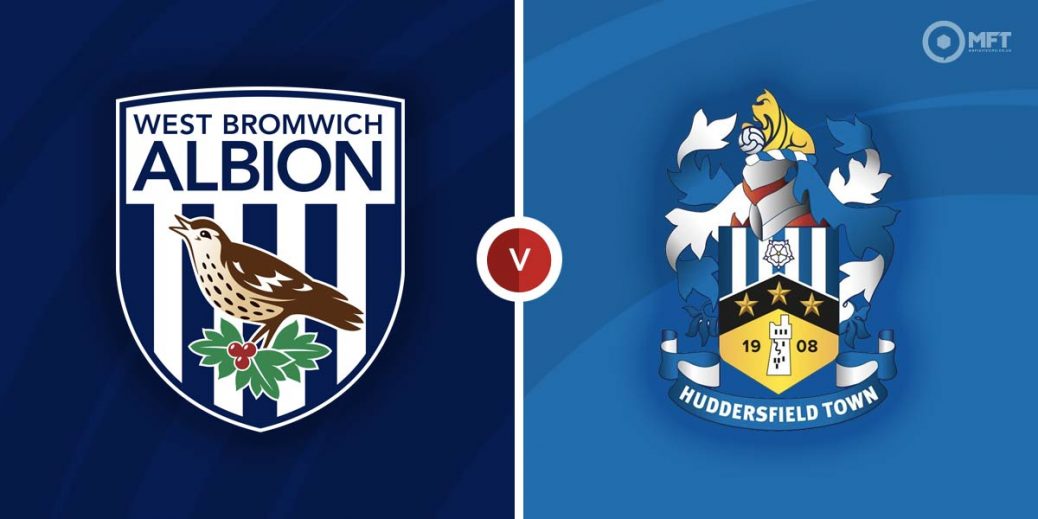 West Bromwich Albion are seeking back-to-back wins as they host Huddersfield Town in a Friday night English Championship fixture. The Baggies have home advantage and have had some days of rest which could give them the edge here.

West Brom have finally claimed a win under manager Steve Bruce as they saw off Hull City 2-0 in their previous Championship fixture. They were untroubled for much of the contest with a goal in each half from Karlan Grant enough to seal the win.

The Baggies will be hoping that win breathes new life into their campaign as their playoff chances are currently hanging by a thread. They are in the bottom half of the table, eight points off the top six and need to go on a run of wins in order to put themselves back in the mix.

While West Brom have lost their way since the turn of the year, the Hawthorns has remained a bit of a fortress for them. They have suffered just two home defeats all season and will be looking to get a push from the fans.

Huddersfield Town have been solid in recent times and look nailed on for a playoff spot as they sit third on the table. Currently level on 62 points with second place Bournemouth, they are also pushing for automatic promotion and could leapfrog the Cherries if results go their way this weekend.

The Terriers travel to West Brom unbeaten in their last 11 Championship matches. They have won the last four matches in that run, including a 3-0 victory over Peterborough United in their previous fixture.

Huddersfield Town are not as imperious on their travels as they are at home and suffered a 2-1 defeat at Nottingham Forest in an FA Cup fifth round clash on Tuesday. Carlos Corberan’s men showed some vulnerability that could be exploited by West Brom as they let an early lead slip.

West Brom are considered favourites among the bookies with a home win priced at 10/11 by William Hill. A victory for Huddersfield Town is valued at 4/1 by Skybet while a draw is set at odds of 13/5 by MansionBet.

Huddersfield Town have a 28-19 advantage with 15 draws from 62 previous matches against West Brom. The Terriers earned a 1-0 victory in the reverse fixture in November but West Brom triumphed 4-2 in the last meeting at the Hawthorns.

West Brom will be pleased to have top scorer Karlan Grant back among the goals following his brace last time out. The forward has now found the net 12 times in the Championship this season and is priced at 83/41 by Vbet to improve that tally on Friday.

Danny Ward is the leading scorer for Huddersfield Town with 11 Championship goals and will be the one to watch on Friday. The striker has found the net four times in his last four away appearances and is priced at 15/4 by bet365 to maintain that scoring run.

West Brom and Huddersfield Town have some attacking quality and as both teams can easily find their way to goal, an open contest could be on the cards. Both teams could be backed to score at 21/20 with Quinnbet while over 2.5 goals could also be considered at 11/9 by SBK.

West Brom scored in both halves last time out at Hull City and could be set for a repeat at 5/2 with Coral.