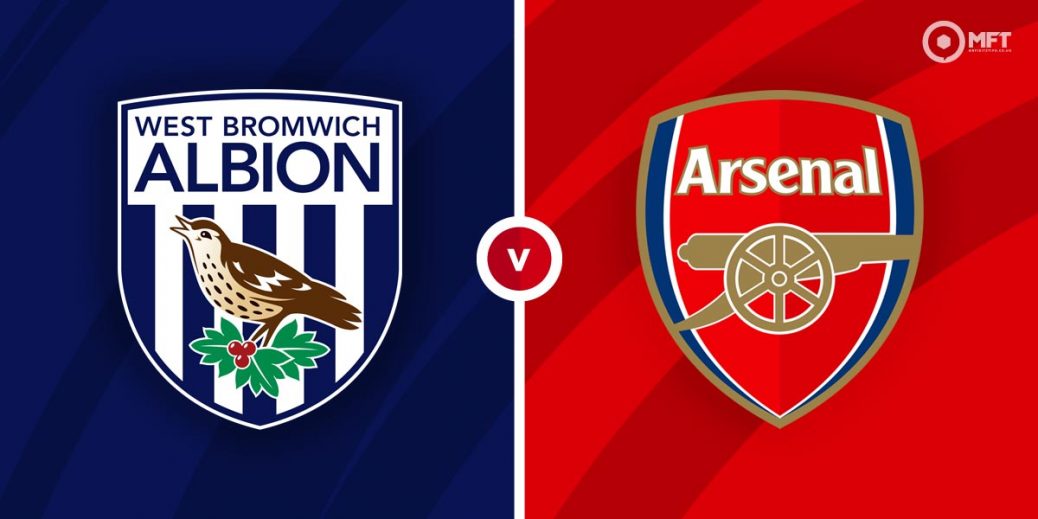 ARSENAL fans are starting to run out of patience with Mikel Arteta so the last thing he needs right now is a tricky League Cup tie away to an in-form West Brom side.

After ending last season without a trophy and missing out on European football for the first time in a quarter of a century, Arteta needed to hit the ground running in the new campaign.

But a combination of bad luck and dismal defending has led to the Gunners losing their opening two Premier League games against Brentford and Chelsea.

I thought Arteta's ropey rearguard would struggle to contain Romelu Lukaku at the weekend and that's how it turned out with two of my bets coming up.

Injuries and illness have left the Gunners without some of their main men but there can be no excuses if they crash out of the EFL Cup to a Championship side.

In stark contrast to Arsenal, the Baggies have made a flying start to the season under new boss Valerian Ismael. They are unbeaten in four games, winning three, and look in good shape to make an instant return to the top flight.

Ismael's Barnsley side pushed Chelsea all the way in the FA Cup last season before eventually losing 1-0 and West Brom's attack will be relishing facing this Gunners defence.

Despite Arsenal's personnel problems and dreadful form they are still VBet's 5/9 favourites to go through and evens with the same firm for a win in 90 minutes. West Brom are 6/4 at SportNation to qualify and 14/5 with Unibet to do it without extra time or penalties. The draw at 90 minutes shouldn't be discounted and is 37/13 with SBK.

Arsenal are unbeaten in their last four games against West Brom, winning three. But the Baggies have enjoyed a decent home record in this fixture of late, losing just once in the Gunners' last four visits. That defeat came last season when Arteta's side romped to a 4-0 victory (below).

One of the few positives from the defeat to Chelsea was Pierre-Emerick Aubameyang's return from the bench, although the Arsenal skipper is being linked with a move away from the club. I'd expect him to feature here to get more minutes under his belt and the Gabon striker (below) is 6/4 with BetVictor for anytime scorer.

Arsenal conceded from a long throw against Brentford and continue to look vulnerable at set-pieces. West Brom also have a long-throw expert in Darnell Furlong and Ismael's sides are always a threat from corners and free-kicks. So there could be value in having a punt on one of their stoppers scoring from a header, with Dara O'Shea 13/1 at Unibet to grab a third goal this season.

West Brom's games have been thrillers so far this season, with over 2.5 goals coming up in all of their matches. With Arsenal so fragile defensively that bet stands a good chance here and pays 17/20 with Bet635 which looks a great option for accas.

Arsenal have yet to score this season but still have plenty of quality in attack so I fancy both teams to score in this one at 6/7 with SportNation.

Ismael will target Arsenal's weaknesses so I'd expect West Brom to play for throw-ins and corners. Over 10.5 match corners pays 23/20 at Boylesports while BTTS with over 7.5 corners is 21/20 at 888Sport.

This EFL Cup match between West Bromwich Albion and Arsenal will be played on Aug 25, 2021 and kick off at 20:00. Check below for our tipsters best West Bromwich Albion vs Arsenal prediction. You may also visit our dedicated betting previews section for the most up to date previews.