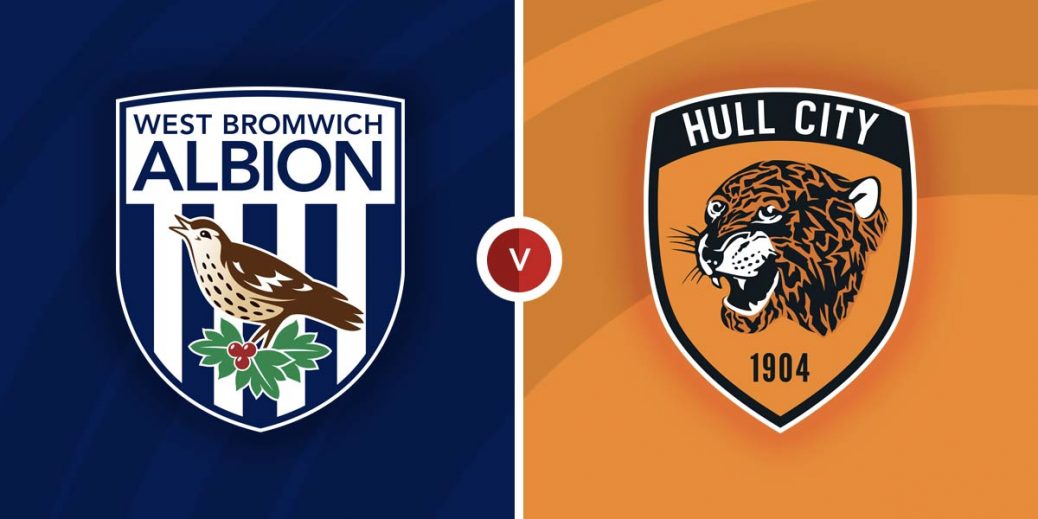 West Brom have faltered slightly lately but can get back on track when they host Hull City in a midweek English Championship fixture. In the midst of all their problems, the Baggies have remained solid at home and will fancy their chances against a struggling Hull side.

West Brom have seen their title challenge go off the rails following an inconsistent spell in recent weeks and have slipped out of the automatic promotion places.

Valerien Ismael’s are currently on a run of just two wins from their last five Championship matches and suffered a 3-0 defeat to Fulham in their last fixture.

Despite their recent struggles, West Brom will still head into Wednesday’s clash with some confidence having remained unbeaten at home this season. They have won their last three matches at the Hawthorns, and eased to a 3-0 victory over Bristol City in their previous home fixture.

Hull City are having a torrid campaign and have claimed just two wins from 15 matches this season. Having spent much of the season mired in the relegation zone, they are three points from safety and are in danger of being cut adrift from the rest of the league.

The Tigers travel to West Brom off the back of four straight defeats, including a 1-0 loss to Coventry City in their previous fixture. Grant McCann's men have also struggled on the road and have lost their last four away matches.

Goals have also been hard to come by for Hull City on the road as they have failed to score in their last six away matches.

West Brom have the upper hand among the bookies at 4/9 with Skybet while SBK is offering 42/5 for an unlikely Hull City victory. A draw is set at odds of 19/5 with Betfred.

West Brom have the edge in recent meetings and have won the last three matches against Hull City. The Baggies claimed a 4-2 victory in the last meeting at the Hawthorns during the 2019/20 Championship season.

Karlan Grant remains the biggest attacking threat for West Brom and will be looking to add to his seven Championship goals this season. The striker has found the net three times in his last four matches and is priced at 27/20 by Unibet to score anytime.

Defenders Semi Ajayi and Kyle Bartley could also be worth keeping an eye on at the back for West Brom. They have led the Baggies to clean sheets in their last two home matches and that run could be tipped to continue at 10/11 with Betfred.

Having won to nil in their last two home matches, West Brom could be backed for a similar outcome at 11/8 with Skybet. The Baggies earned a 3-0 victory over Bristol City in their previous home fixture and could be tipped in the -1 handicap market at 21/20 with William Hill.

West Brom scored in both halves in their last home fixture and could be set for a repeat at 11/8 with Unibet.

This English Championship match between West Brom and Hull City will be played on Nov 3, 2021 and kick off at 20:00. Check below for our tipsters best West Brom vs Hull City prediction. You may also visit our dedicated betting previews section for the most up to date previews.