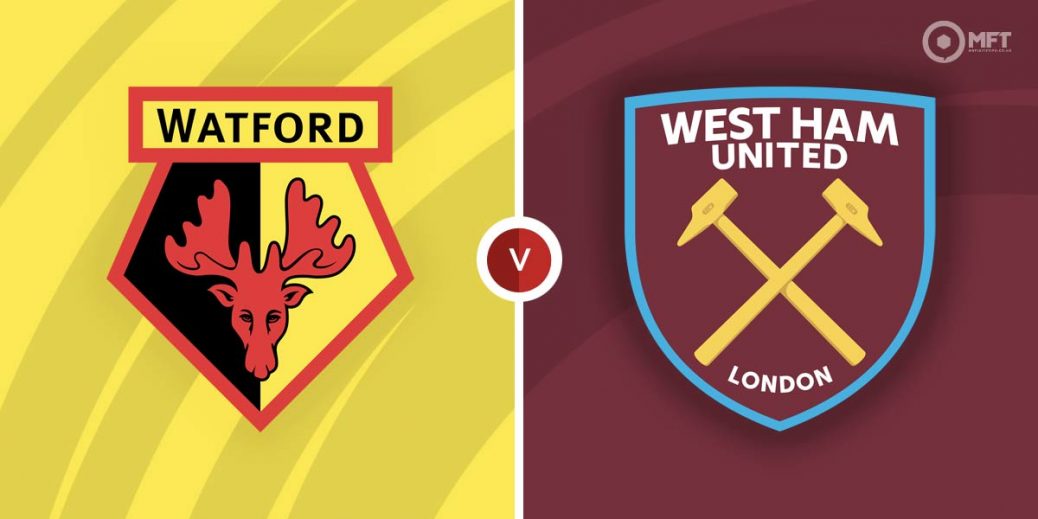 Watford are in need of a turnaround in results as they host West Ham United in midweek Premier League fixture. The Hammers have also found the going tough lately and with both teams looking particularly vulnerable at the back, goals are predicted here.

Watford were not in action on Boxing Day as their clash at Wolverhampton Wanderers was called off due to a COVID-19 outbreak in the camp. Their last Premier League fixture was a 2-1 defeat to Brentford with Emmanuel Dennis’ first half opener cancelled out by the Bees.

The Hornets have actually not played since early December and must be desperate to get back on the pitch. Claudio Ranieri’s men have lost their last four Premier League matches and are just two points above the bottom three.

One of the reasons for Watford’s problems this season is an inability to defend. They have failed to keep a single clean sheet in the Premier League this season and have conceded 10 goals in their last four matches.

West Ham were in action on Boxing Day and suffered a 3-2 home defeat to Southampton. They came from behind twice through Michail Antonio and Said Benrahma but eventually conceded the winner midway though the second half.

The Hammers are a long way away from their early season form as the result on Sunday means they have only claimed one win from their last seven Premier League matches. David Moyes’ men are also falling away from the UEFA Champions League race as they now sit seven points behind Arsenal in fourth.

Like Watford, West Ham have also struggled defensively and those problems were evident in the defeat to Southampton. They have kept just one clean sheet in their last nine Premier League matches and have conceded five goals in their last two.

West Ham have the upper hand among the bookies at 6/5 with SBK while a victory for Watford is priced at 5/2 by BoyleSports. A draw is set at odds of 11/4 by SBK.

West Ham often come out on top in this fixture and have won four of their last five matches against Watford. The Hammers claimed a 3-1 victory in the last meeting between both teams back in July 2020.

Emmanuel Dennis has been the star for Watford this season and is their top scorer with seven Premier League goals. The Nigerian forward has also found the net twice in his last three home matches and is priced at 11/4 by bet365 to score anytime.

Michail Antonio has looked off colour in recent weeks but remains the top scorer for West Ham with seven Premier League goals this season. The striker was also on target the last time he faced Watford and is priced at 7/4 with Skybet to get on the score sheet on Tuesday.

The last three matches between Watford and West Ham have produced over 3.5 goals which is priced at 9/4 by BetVictor. Over 2.5 goals is valued at 9/10 with SBK, who are also offering odds of 8/11 on both teams to score.

Watford and West Ham have produced more goals before the break in their last two meetings so the first half could be tipped as the highest scoring half at 2/1 with William Hill.

This English Premier League match between Watford and West Ham United will be played on Dec 28, 2021 and kick off at 15:00. Check below for our tipsters best Watford vs West Ham United prediction. You may also visit our dedicated betting previews section for the most up to date previews.