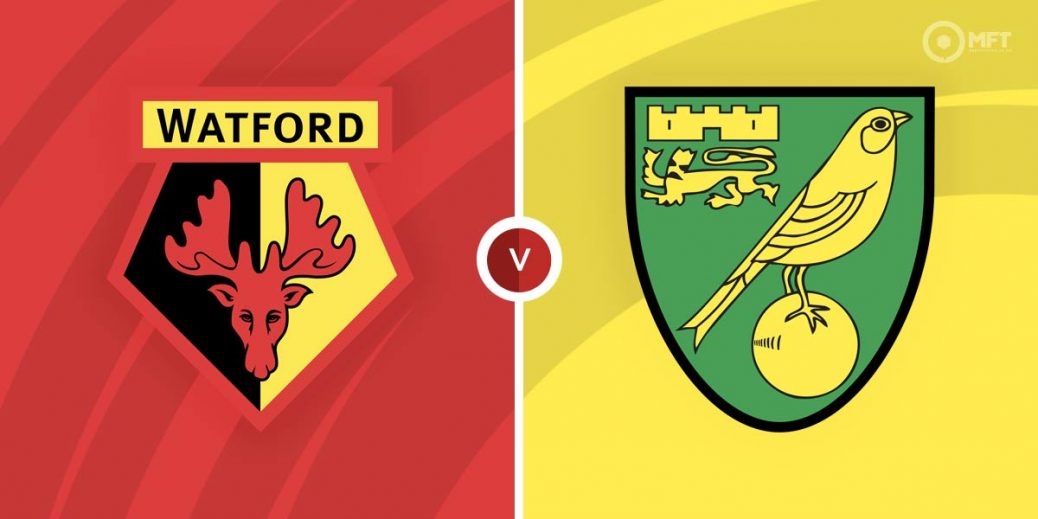 TWO teams battling for their lives towards the bottom of the Premier League face off at Vicarage Road on Friday night, as Watford welcome Norwich.

The Hornets have not won a match in league or cup competition since dishing out a 4-1 mauling to Manchester United on November 20.

Claudio Ranieri's side had slumped to defeat in each of their seven subsequent fixtures before snapping that sequence with a battling 1-1 draw at fellow relegation rivals Newcastle last weekend.

That stalemate has left Watford hovering dangerously above the drop zone, with the hosts positioned just one place and one point above Friday night's visitors to Vicarage Road, Norwich.

Many have already consigned the Canaries to the Championship next season, but English football's resident yo-yo club are showing signs of life under new boss Dean Smith.

The Carrow Road club climbed off the bottom of the table thanks to a 2-1 win over Everton last time out, putting them just one point adrift from safety in the process.

Watford, who have triumphed in just two of their 10 top flight home fixtures this season, head into this clash as 11/10 (SBK) favourites.

Norwich have banked just five points from a possible 30 on their travels this term and the bookies' odds suggest those away day blues could be set to continue, with an away win trading at 11/4 (SBK) while the stalemate pays 11/5 (SBK).

It's hard to be tempted about Watford winning this match at the aforementioned price but backing the hosts to score Over 1.5 goals looks like a nice alternative at 21/20 (BetVictor).

Granted, you wouldn't necessarily associate Watford with scoring goals, but they will be coming up against a Norwich side that have earned the unenviable tag as the leakiest defence in the division.

Dean Smith's side have shipped a league-high 45 goals in 21 top flight outings this term to date, posting a paltry three clean sheets in the process.

What's more the creaky Canaries have conceded at least two goals in 12 of their 21 league matches thus far, including each of their last three Premier League road trips.

Clean sheets also remain an issue for Claudio Ranieri's ropey rearguard, who having failed to record a solitary shutout all season, may need to strike twice here if they are to claim what would be three crucial points from this crunch relegation six-pointer.

With that in mind, coupled with the fact that Watford have scored at least once in seven of their last eight league games, I'm happy to take a chance on the home team hitting the back of the net more than once on Friday night.

Elsewhere, I'll also take a dabble on Watford's in-form forward Emmanuel Dennis to get on the scoresheet at 21/10 with Bet 365.

With eight Premier League goals to his name already this season, the Nigerian is a tempting play to add to that record against a Norwich side that have been anything but watertight this season.

This English Premier League match between Watford and Norwich will be played on Jan 21, 2022 and kick off at 20:00. Check below for our tipsters best Watford vs Norwich prediction. You may also visit our dedicated betting previews section for the most up to date previews.