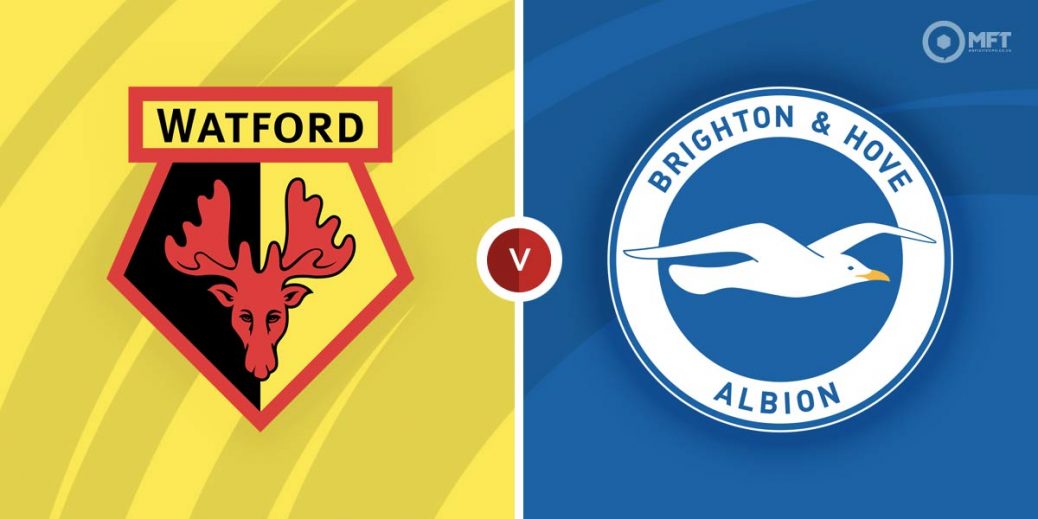 Watford need a swift turnaround in fortunes as they continue their fight for survival this season. They welcome Brighton & Hove Albion to Vicarage Road on Saturday and both teams are expected to cancel each other out.

Roy Hodgson is still seeking his first win as manager of Watford having played out one draw and suffered one defeat since replacing Claudio Ranieri at the helm. They were beaten 1-0 by West Ham in their midweek Premier League fixture.

The former Crystal Palace boss has a reputation as a defensive minded manager and has already led Watford to one clean sheet in his two matches in charge. They will also take some confidence from the result at West Ham after holding out for much of the contest before conceding.

Watford have lost their last five matches at Vicarage Road and will need to make the most of their home advantage in their quest for survival. They have earned draws at Newcastle United and Burnley in recent weeks and will be looking to replicate those performances.

Brighton & Hove Albion are also coming off a defeat as they were beaten 3-1 by Tottenham Hotspur in their previous Premier League fixture. Yves Bissouma’s second half effort proved to be a mere consolation as it proved to be no match for the London side.

Graham Potter’s men look to be heading for a comfortable mid-table finish as they sit well above the relegation zone while also not challenging for much further up the table. Recent results have not been particularly inspiring with just two wins from their last 10 Premier League matches.

Brighton have been plagued by too many draws lately and have been held seven times in their last 10 Premier League matches. They have also played out seven draws in their last nine matches on the road and were held 1-1 at Leicester City in their previous away fixture.

Brighton are unbeaten in the last three meetings with Watford with two wins and a draw in that run. The Seagulls claimed a 2-0 victory in the reverse fixture back in August.

Roy Hodgson often favours defensive solidity so the men at the back will be the ones to watch for Watford. Craig Cathcart and Samir are set to continue their partnership in defence and can lead the Hornets to a clean sheet at 11/5 with Skybet.

Brighton lost Dan Burn in the January transfer window but still boasts enough quality at the back to hold out against Watford. Lewis Dunk and Adam Webster are likely to feature in central defence and will be looking to lead the team to a clean sheet at 6/4 with bet365.

Watford and Brighton have not been particularly prolific lately and are likely to produce few goals on Saturday. BTTS NO could be on the cards at 7/8 with SBK, who are also offering odds of 33/50 on under 2.5 goals.

A cagey contest is expected on Saturday so a halftime draw could be on the cards at 21/20 with Vbet.