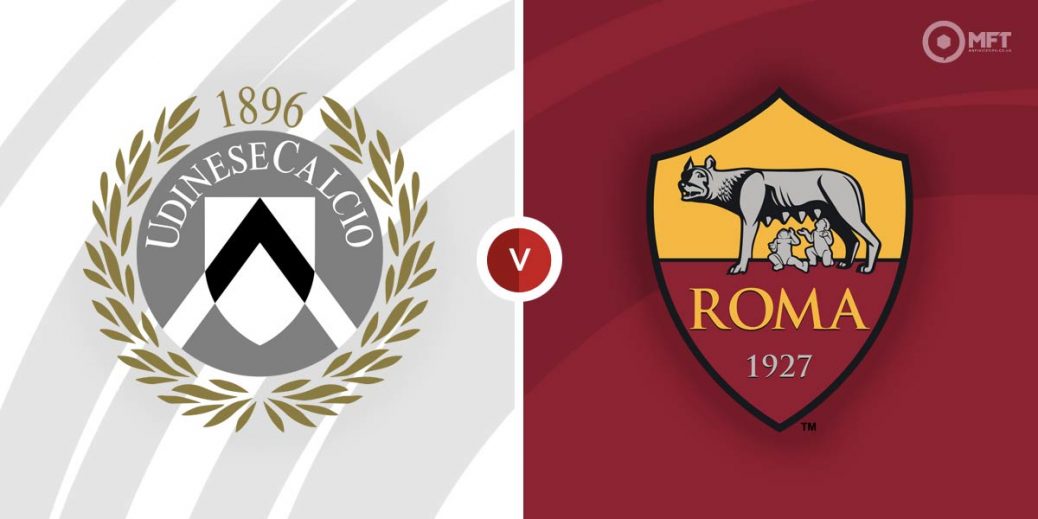 Roma travel to Udinese for a Serie A clash on Sunday as they look to keep their distance from the chasing pack in the race for a European football next season. Dacia Arena is often a difficult ground to visit but Roma appear to have developed a steely edge lately and should have the upper hand here.

Udinese's campaign is winding down to an unremarkable finish as they are vying for very little at the moment. Gabriele Cioffi’s men are currently 14th, 10 points off the top half and seven above the relegation zone.

Recent results appear to be reflecting Udinese’s current situation as they have claimed just two wins from their last nine matches across all competitions. One of those came in their previous fixture as they saw off Sampdoria 2-1 with Gerard Deolofeu and Destiny Udogie getting their goals.

Things have been slightly better for Udinese at Dacia Arena, where they are unbeaten in their last three matches. However, a recent 6-2 defeat to Atalanta shows a vulnerability that can be exploited by Roma.

By all indications, it has been a highly erratic campaign for Roma, who have struggled to put together a string of positive results. The capital club are in sixth just six points behind fourth placed Juventus and still have a chance of clinching a Champions League place.

Things appear to be steadily improving for Roma in recent weeks as they are currently unbeaten in their last seven Serie A matches. Manager Jose Mourinho seems to be reverting to his trademark defensive style as they have claimed back-to back 1-0 wins over Spezia and Atalanta in their last two matches.

Roma have also shown some good form on their recent travels with just one defeat in their last five away matches. Among their results in that run is a 4-2 victory at Empoli while they also triumphed 4-1 over Atalanta in Bergamo.

Roma have the upper hand in recent matches with Udinese, winning four of the last five meetings. They triumphed 1-0 in the reverse fixture in September and also claimed a similar result on their last visit to Dacia Arena.

Gerard Deolofeu has been in good form for Udinese and is now their joint top scorer this with eight Serie A goals. The attacker has also found the net twice in his last three matches and is priced at 3/1 by bet365 to get on the score sheet on Sunday.

Tammy Abraham continues to impress in his first season at Roma having scored 13 Serie A goals so far. The striker has also been on target seven times in his last eight league matches and could be worth considering to score anytime at 19/11 with Vbet.

While Roma have generally kept things tight at the back lately, they have not been as solid on their travels, conceding in five of their last six away matches. Udinese are also vulnerable at the back which means both teams are likely to score at 16/19 with SBK.

There have been over 3.5 goals in four of Roma’s last five away matches and a similar outcome is priced at 29/10 with BetVictor while over 2.5 goals is valued at 21/20 with William Hill.

This Serie A match between Udinese and Roma will be played on Mar 13, 2022 and kick off at 17:00. Check below for our tipsters best Udinese vs Roma prediction. You may also visit our dedicated betting previews section for the most up to date previews.