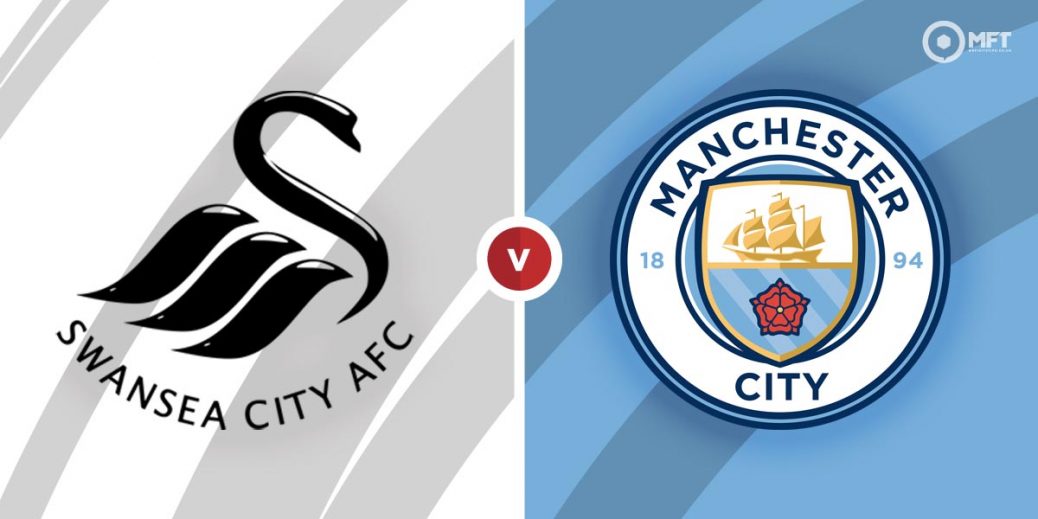 MANCHESTER CITY fans are starting to believe in Quad again with their side on a stunning run of 14 successive victories heading into this FA Cup clash with Swansea.

There has been talk of an unprecedented Quadruple a few times throughout Pep Guardiola's reign and it has surfaced again with City romping clear at the top of the Premier League and in the League Cup Final and Champions League last 16.

But they almost came unstuck in the last round of the FA Cup, surviving a scare against minnows Cheltenham Town as they trailed 1-0 with nine minutes to go before winning 3-1.

So Guardiola will know his side can't afford to take their eye off the ball against in-form Swansea in Wales if they are to keep their remarkable run of victories going.

The Swans are on a run that is almost as impressive as City's, going 10 games unbeaten since a loss to Derby in mid-December, and closed the gap on Championship leaders Norwich to two points with a 2-0 win last Friday.

So they couldn't be in a better shape as they bid to succeed where so many others have failed by halting Guardiola's juggernaut.

Even though Swansea are in fine form they are still rank outsiders for this one at 29/2 with SBK who price City at 5/19 and the stalemate at 29/5. To qualify, the Premier League leaders are a best 1/10 at Bet365 with Swansea 7/1 shots at Paddy Power.

Manchester City are unbeaten in their last 14 games against Swansea since a 1-0 defeat in Wales back in 2012. Only two of those games ended in draws so it's easy to see why the odds on a Swans win are so high.

The last meeting came in the FA Cup two years ago, with City come from 2-0 down to edge a thriller 3-2 thanks to a late goal from Sergio Aguero (below).

Guardiola (below) went without a striker at the weekend and the gamble paid off as his side beat Liverpool 4-1 at Anfield. But Gabriel Jesus should lead the line here and the Brazilian is a decent 6/5 with Unibet for anytime scorer.

Andre Ayew netted his 11th of the season for Swansea in the win over Norwich and looks their best bet for a goal at 17/4 with Betway.

I tipped City to get the job done early against Cheltenham, only for the Premiership giants to leave it late before sinking the minnows. Guardiola's side also drew a first-half blank at Anfield before blitzing Liverpool after the break so they might take time to spark to life here.

City are 107/100 with TonyBet to score most of their goals here in the second half and that could be worth a punt.

Guardiola's men have scored three goals or more in three of their last five games and backing them for over 2.5 strikes here pays evens with TonyBet.

Swansea's defence will come under pressure so it could pay to back a few of their players for cards. Marc Guehi has picked up five yellows this term and is 10/3 with Bet365 to be carded.

This FA Cup match between Swansea City and Manchester City will be played on Feb 10, 2021 and kick off at 17:30. Check below for our tipsters best Swansea City vs Manchester City prediction. You may also visit our dedicated betting previews section for the most up to date previews.