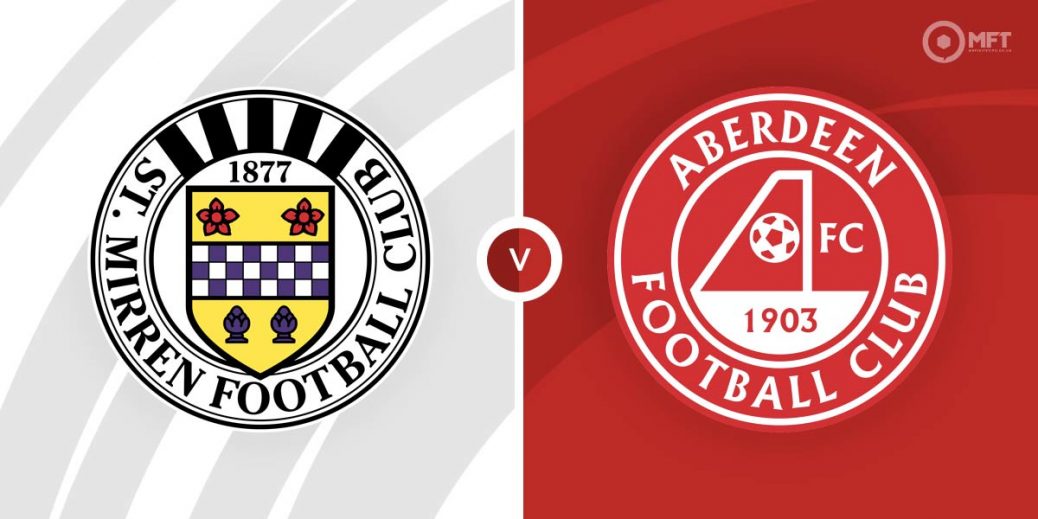 ST MIRREN will be hoping to continue their unbeaten start to 2022 when they play host to Aberdeen in the Scottish Premiership on Tuesday night.

After finding themselves in the midst of an 11-game winless streak before the winter break, the Buddies' return to action could not have gone much better, with Jim Goodwin's men bagging a morale-boosting 2-1 win at Dundee United last midweek.

The Saints then followed that up with a 2-0 victory in the Scottish Cup against Ayr United on Saturday, with Goodwin's side set to face Kelty Hearts in the next round.

St Mirren will now switch their attention to their Scottish Premiership clash against an Aberdeen side who dished out a 4-1 pasting to them at Pittodrie last month.

After a sticky start to his tenure as Aberdeen boss, Stephen Glass finally appears to have his side on the right track, with the Dons tasting defeat just once across their last seven matches in all competitions, a sample that includes four wins as well as a well-deserved 1-1 draw with league leaders Rangers last week.

The Granite City guests were also able to progress in the Scottish Cup at the weekend, making light work of League Two outfit Edinburgh City in a comfortable 3-0 stroll to victory.

St Mirren have drawn their last four Scottish Premiership home games and another all square affair here pays 11/5 (SBK) while the Buddies are 9/4 (SBK) outsiders to bank all three points.

Aberdeen, who have avoided defeat in 26 of their last 29 matches with St Mirren, head into this contest as 11/8 (SBK) favourites.

Considering 23 of the pair's collective 42 Scottish Premiership fixtures have already paid out for Both Teams To Score backers, supporting both sides getting on the scoresheet at 13/12 (SBK) looks like a nice value play in Paisley.

As already alluded to, Aberdeen look like they are moving in the right direction, yet keeping the back door shut remains an issue, with the visitors posting just one four clean sheets in 21 top flight outings to date.

In fact, the Dons have only managed to shut out their opponents in 10 Scottish Premiership road trips thus far and that was against a toothless St Johnstone team that are propping up the table.

That said, Stepehn Glass' side have struck at least once in 16 of their 21 league games this season and and they will fancy their chances of making the net bulge against a Buddies backline which is by no means watertight itself.

St Mirren have kept their sheets clean on just three occasions across their last 13 league outings, with their overall count for the season so far sitting at a lowly six from 21.

However, the hosts never go down without a fight and they will head into this clash in good spirits after picking up a couple of positive results since the resumption.

Granted, you wouldn't necessarily associate St Mirren with scoring goals, but it's worth noting that Jim Goodwin's side have notched in home games with the likes of Rangers, Hibernian and Aberdeen already this season.

What's more, BTTS has been a winning bet in each of the previous two between the sides this season and that only adds to the attraction of siding with the same selection at St Mirren Park on Tuesday night.

This Scottish Premiership match between St Mirren and Aberdeen will be played on Jan 25, 2022 and kick off at 19:45. Check below for our tipsters best St Mirren vs Aberdeen prediction. You may also visit our dedicated betting previews section for the most up to date previews.