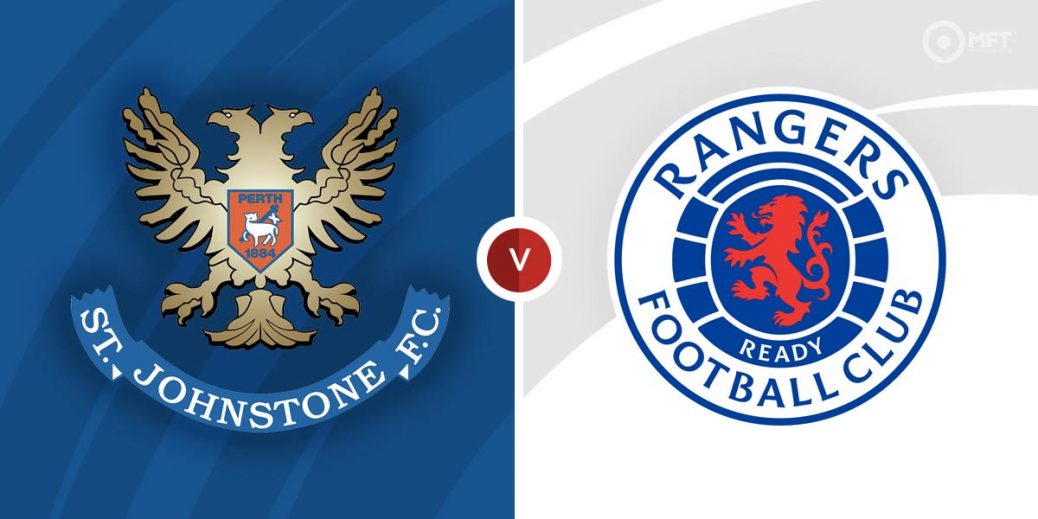 RANGERS will be desperate to get their faltering Scottish Premiership title defence back on track when they meet St Johnstone at McDiarmid Park on Wednesday night.

Giovanni van Bronckhorst's side have been struggling a bit on the domestic front over the past few weeks, winning just two of their last six top-flight fixtures.

Last time out, the Teddy Bears threw away a two-goal lead to draw 2-2 with Motherwell at Ibrox, failing to close the gap on Old Firm rivals Celtic in the process.

Whilst Rangers are still well positioned to defend their crown, they can ill afford another slip up when they take to the field in Perth this midweek.

After crashing to a 3-1 loss at Ross County on Saturday, the Saints are currently occupying a place Scottish Premiership relegation playoff spot, with seven points between them and guaranteed safety

Prior to that damaging defeat in Dingwall, Callum Davidson's side had been showing signs of life having avoided defeat in five of their previous six league games, but their hopes of returning to winning ways on Wednesday night are slim as they face a daunting task against the champions.

St Johnstone are seeking back-to-back home wins in the Scottish Premiership for the first time this season but they are rank outsiders at 10/1 (SBK) while a point apiece in Perth has been priced up at 21/5 (SBK) with the same firm.

Rangers, who have avoided defeat in each of their last 14 visits to this venue, are short-priced 4/13 (SBK) favourites.

You won't get rich backing Rangers at the above-mentioned odds but combining an away win, under five match goals and over over four Rangers corners will bring about a nice looking 5/6 (Bet 365) Bet Builder.

Rangers really can't afford another off-day as they continue their pursuit of league leaders Celtic and it's difficult to see them not banking all three points at second-bottom St Johnstone.

Having said that, the Light Blues have generally gone about their business in solid rather spectacular style under Giovanni van Bronckhorst's tutorship, with 11 of their 13 wins under the Dutchman's watch featuring fewer than five match goals.

With that in mind, as well as the likelihood of relegation-threatened St Johnstone being capable of at least keeping this contest competitive, I'm more than happy to merge a Rangers success in a match that generates under five strikes.

With the Saints likely to see if they can frustrate the Glasgow giants with a low block whilst making the most of set- piece opportunities, I'll round off the Bet Builder with over four Rangers corners.

The Ibrox side are averaging a lofty 8.18 flag kicks per-game this season and it's also worth noting that the aforementioned combination clicked in each of the previous two meetings between the pair this term, all of which adds to the appeal of supporting the same punt in Perth on Wednesday night.

I'll also head to the player card market and take the 10/3 available with Bet 365 for St Johnstone's Melker Hallberg to have his name taken.

The Swedish midfielder, who has already picked up a red card since arriving at McDiarmid Park in January, will be up against the likes of Joe Aribo and Ryan Kent so is sure to have his hands full.

This Scottish Premiership match between St Johnstone and Rangers will be played on Mar 2, 2022 and kick off at 19:45. Check below for our tipsters best St Johnstone vs Rangers prediction. You may also visit our dedicated betting previews section for the most up to date previews.