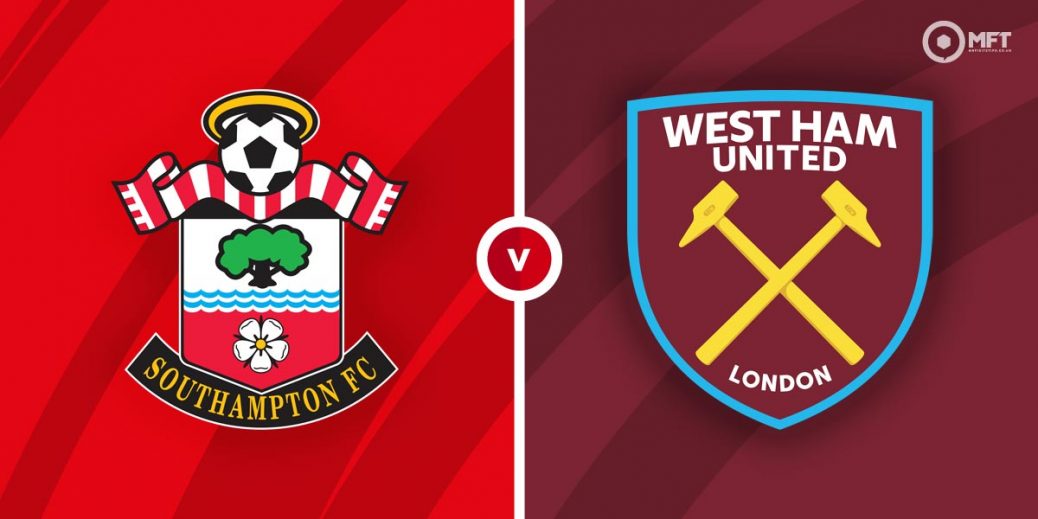 Southampton are in search of their first Englsih Premier League win of the season as they welcome West Ham to St Mary’s Stadium. The Saints have shown signs of improvement since their opening day defeat to Everton but could be in for a difficult time against an in-form West Ham team.

Southampton earned a 2-2 draw in a dramatic clash at Newcastle last time out in the Premier League. They twice came from behind with Mohamed Elyounoussi getting the first equaliser before James Ward Prowse's penalty deep into injury time ensured they claimed a share of the spoils.

The Saints are yet to win a match this season but have shown signs of life since losing 3-1 to Everton in their opening fixture. Ralph Hassenhuttl's men have drawn their last two Premier League matches, with the 1-1 scoreline at home to Manchester United the peak of their results this term.

There have been personnel changes at Southampton, particularly at the back following the exit of Jannik Vestergaard and the arrivals of Lyanco and Tino Livramento. However, they continue to battle defensive problems with six goals conceded already in just three Premier League matches.

West Ham are also coming off a draw as they were held 2-2 by Crystal Palace in their previous Premier League fixture. They twice threw away the lead despite goals in each half from Pablo Fornals and Michail Antonio.

The Hammers are one of the standout teams in the Premier League this season and are yet to taste defeat after three matches. Driven by the impressive Michail Antonio, West Ham have already claimed a 4-1 victory over Leicester City, while they also seeing off Newcastle 4-2 in their previous away fixture.

While West Ham's attack has earned all the plaudits, their defence continues to look unconvincing. David Moyes’ men are without a clean sheet this season and have conceded five goals in just three matches.

West Ham have the edge among the bookies with an away win priced at 14/9 by SBK. A victory for Southampton is valued at 2/1 by betway while a draw is set at odds of 5/2 by Betfred.

West Ham have claimed six wins and a draw from their last seven matches against Southampton. The most recent meeting was a 3-0 victory for the Hammers back in May, with Pablo Fornals netting a brace.

Adam Armstrong was brought in as a replacement for Danny Ings and despite scoring just one goal for Southampton, he has often looked lively. The striker could be tipped to score at anytime at 11/5 with Paddy Power.

Michail Antonio has had a superb start to the season and is the Premier League's top scorer with four goals in three matches. The striker is priced at 41/25 Sporting Index to score anytime while midfielder Said Benrahma has also impressed and could be worth a punt in the same market at 16/5 with Paddy Power.

Southampton and West Ham have struggled defensively this season and both teams saw over 3.5 goals in their previous Premier League fixtures. A similar outcome is priced at 15/8 with BetVictor while over 2.5 goals is valued at 10/13 with MansionBet.

West Ham have scored in both halves in all three of their matches this season and could be tipped for a repeat at 9/4 with bet365.

This English Premier League match between Southampton and West Ham United will be played on Sep 11, 2021 and kick off at 15:00. Check below for our tipsters best Southampton vs West Ham United prediction. You may also visit our dedicated betting previews section for the most up to date previews.