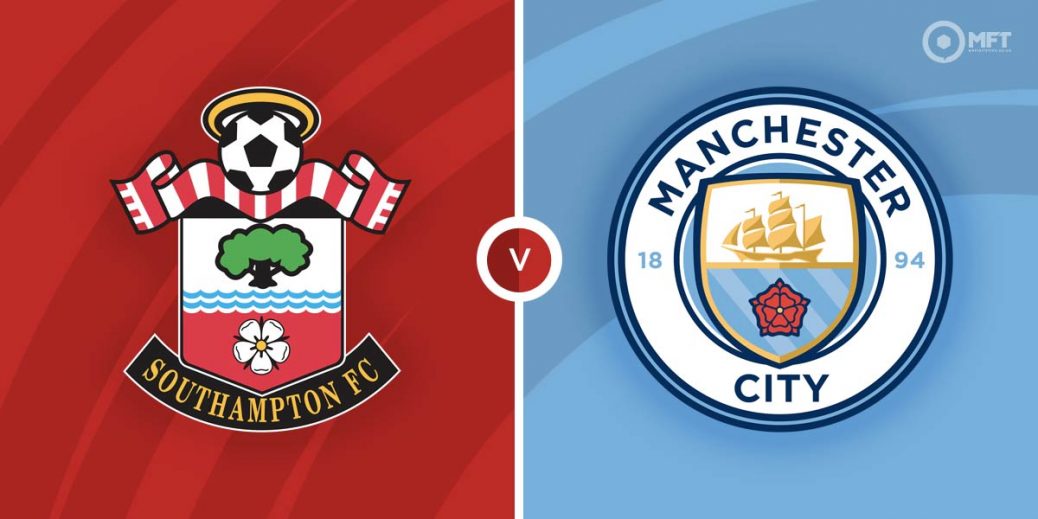 MANCHESTER CITY will aim to increase their stranglehold on the Premier League title when they meet Southampton at St Mary's on Saturday evening.

Pep Guardiola's star-studded side powered 11 points clear at the summit of the standings with a narrow 1-0 win over third-placed Chelsea last weekend.

That triumph means City have won each of their last 12 top flight fixtures, as the sky blue juggernaut storms towards what would be a fourth title in the last five seasons.

The Citizens will now seek to continue their winning streak when faced with a Southampton side that have blown hot and cold so far this season.

Ralph Hasenhüttl's side saw their five-game winning run in all competitions come to an abrupt end in a 3-1 defeat at Wolves last time out.

That setback has left Saints sitting comfortably in mid-table and their hopes of returning to winning ways are slim as they face a daunting task on Saturday against the champions.

Southampton are big outsiders at 21/2 (SBK) while a repeat of September's stalemate between the two sides is also deemed unlikely at 27/5 (SBK).

Man City are unsurprisingly short-priced favourites, with the visitors just 5/18 (SBK) to make it 13 Premier League wins on the spin.

You won't get rich backing the league leaders at the above-mentioned odds but combining a Man City win, under five match goals and over six match corners will bring about a nice looking 10/11 (Bet 365) Bet Builder.

Sure, the Blue Moon are capable of blowing teams away, but it's worth noting that 13 of City's last 16 top-flight triumphs have gone under the 4.5 goal barrier.

Pep Guardiola's team continue to go about their title defence in solid rather spectacular style and that was the case during their recent wins over Brentford, Arsenal and Chelsea.

What's more, each of Southampton's seven Premier League defeats this season have featured four goals or fewer, so the Saints should be able to keep this respectable.

With all things considered, I'm more than happy to merge a Manchester City win and under five match strikes, but to boost the price, I'll also throw over six match corners into the mix.

The Citizens, who will look to dictate the tempo of the game, are earning a league-high 8.50 corners per-game this season, a tally that decreases ever so slightly to 8.00 when operating away from their Manchester base.

Ralph Hasenhüttl's hosts have also proven prominent in the corner rankings this term, averaging a healthy 5.90 flagkicks per 90, a figure only topped by the the top-three sides in the league table.

Granted, Southampton will be up against the odds here, but I'm also going to have a dabble on the 6/5 (Bet 365) about the home team to hit over three corners during this Saturday tea-time tussle.

This bet would have paid out in the reverse fixture between the pair at the Etihad, not to mention the Saints have also covered  the 4+ line on recent visits to Anfield and the Emirates.

This English Premier League match between Southampton and Man City will be played on Jan 22, 2022 and kick off at 17:30. Check below for our tipsters best Southampton vs Man City prediction. You may also visit our dedicated betting previews section for the most up to date previews.