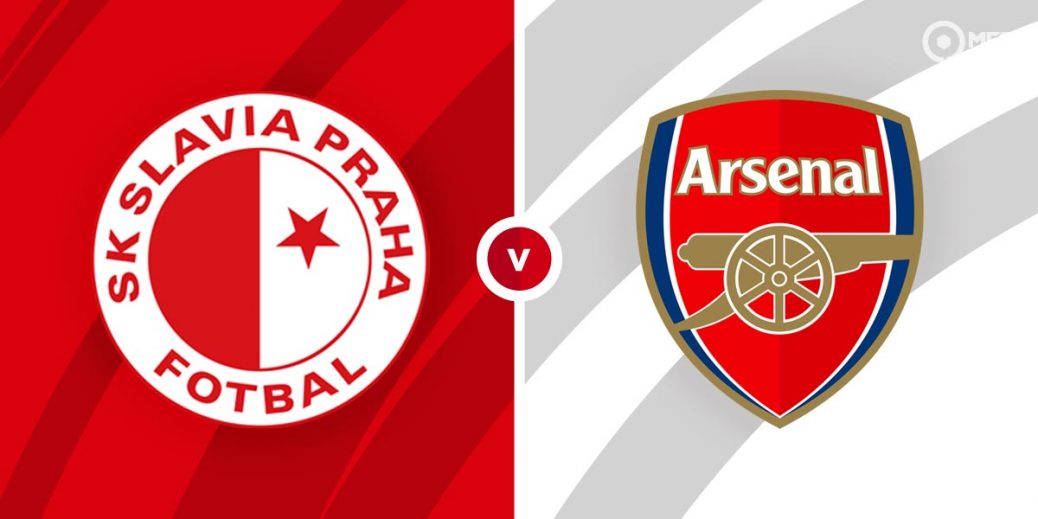 THE stakes couldn't be higher for Arsenal heading into this Europa League clash with Slavia Prague as they bid to salvage their season.

But the Gunners have some work to do after the Czechs grabbed a stoppage-time leveller at the Emirates (below) to put themselves in the driving seat for a place in the semi-finals.

I tipped both teams to score in that first leg but was made to sweat right until the end, with Arsenal netting four minutes from time then Slavia levelling in the third minute of stoppage time.

It was another impressive result for the Czechs champions after dumping Leicester and Rangers out of the competition and they are now 22 games without defeat after a weekend derby win over Sparta.

Arsenal's form is far more flaky, with the weekend win over Sheffield United their first victory in five games. Mikel Arteta also has injury problems but his side have impressed on the road in Europe this season, winning every game apart from a 1-1 draw with Benfica.

I'm surprised to see the Gunners as odds-on favourites to qualify at a best 1/2 with BetVictor given Slavia have an away goal and are unbeaten in 22. The Czechs are 19/10 with McBookie to reach the semis, a price that will attract plenty of punters. For a win on the night, Slavia are 39/10 with SBK who price the Gunners at 11/13 and the draw 37/13.

Arsenal are still missing injured defenders David Luiz and Kieran Tierney while Bukayo Saka, Martin Odegaard, Pierre-Emerick Aubameyang (below) and Emile Smith Rowe are doubts. But Gabrielle Martinelli should shrug off a knock to feature.

But Ondrej Kudela is again suspended, after UEFA handed him a 10-game ban for racially abusing Glen Kamara at Ibrox, while David Hovorka is out injured.

Nicolae Stanciu scored in both legs against Rangers so the Romanian could get some joy against Arsenal's weakened defence. He looks overpriced at 9/2 with Paddy Power for anytime scorer.

Alexandre Lacazette heads to Prague boosted by a weekend double against Sheffield United. The Frenchman has four goals in his last five games and is 27/20 with Unibet to net here.

A bet on Stanciu and Lacazette having over two shots on target combined also pays a decent evens at William Hill.

I'm going to revisit my BTTS score bet from the first leg and it's a best 19/20 with RedZone here, which is good for accas. Over 2.5 goals also stands a chance at 19/20 with TonyBet, especially if we get an early opener.

These teams are pretty evenly matched so I wouldn't be surprised if the score was level at half-time and that pays 6/5 with TonyBet.

There was only card in the first leg but this could be more fiery with qualification on the line. There's no market on total cards yet but Granit Xhaka looks good value at 5/2 (Unibet) for a card.

This UEFA Europa League match between Slavia Prague and Arsenal will be played on Apr 15, 2021 and kick off at 20:00. Check below for our tipsters best Slavia Prague vs Arsenal prediction. You may also visit our dedicated betting previews section for the most up to date previews.