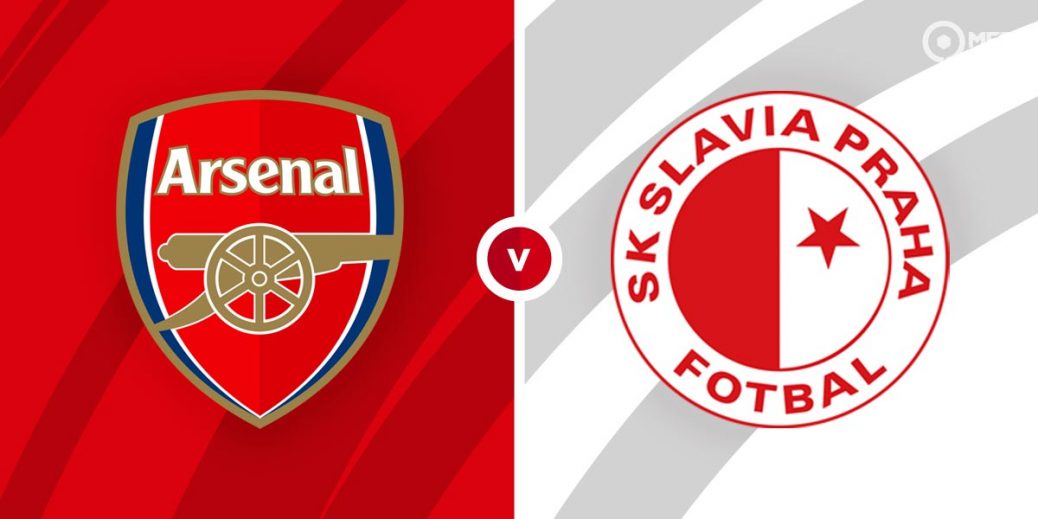 EUROPA LEAGUE glory is the only thing that can salvage Arsenal's season but they will need to find some form to see off a dangerous Slavia Prague side and reach the semi-finals.

It has been a desperately disappointing domestic campaign for Mikel Arteta's men, with Manchester City annihilating them in the League Cup and their FA defence ended by Southampton.

Things have been even worse in the Premier League and a 3-0 battering at home to Liverpool last weekend left the Gunners sitting 10th and 10 points off the pace for a top-four finish.

Their form has been better in Europe but Arsenal have still shown a few jitters, needing a late goal to see off Benfica in the last 32 (below) before losing 1-0 at home to Olympiakos after an impressive 3-1 win in Greece.

So a victory in this quarter-final is far from a gimme, especially after the Czechs dumped Leicester and Rangers to reach the last eight. Slavia remain undefeated in their domestic league and haven't tasted defeat since losing to Leverkusen in the group stage way back in December.

These sides have played just twice before, with both matches coming in the Champions League qualifiers back in 2007. The Gunners romped to a 7-0 win at home before a 0-0 draw in Prague.

Real Madrid loanee Martin Odegaard has impressed for Arsenal and the Norwegian could help unlock the Slavia defence. He's 4/1 with Unibet for a goal but I'm more drawn to the 5/4 on offer at Paddy Power for him to have one or more left-foot shots on target.

Nicolae Stanciu oozed class in Slavia's clashes with Rangers and scored in both legs. The Romanian looks overpriced at 5/1 with most firms for a goal while William Hill are offering 3/4 on Stanciu and Odegaard having over one shot on target combined which looks great value for accas.

Things got ugly in Slavia's win at Ibrox and Ondrej Kudela will miss this game after UEFA opened an investigation into claims he racially abused Rangers' Glen Kamara.

That game saw seven yellows and two reds flashed by the ref who typically failed to show one to Rangers kid Nathan Patterson for persistent fouling after I had backed him at 4/1 for a card.

This one could become a bit fiery too but the bookies haven't priced up a total cards market yet, although Unibet and Bet365 are taking bets on individual cards. Jan Boril has seven yellows this term so the Slavia stopper looks a bit overpriced at 11/4 with Bet365 for a card.

There should be goals in this one with Arsenal dodgy at the back and Slavia set to field teenager Matyás Vágner in goal after the sickening injury picked up by No.1 Ondrej Kolar at Ibrox.

This UEFA Europa League match between Arsenal and Slavia Prague will be played on Apr 8, 2021 and kick off at 20:00. Check below for our tipsters best Arsenal vs Slavia Prague prediction. You may also visit our dedicated betting previews section for the most up to date previews.