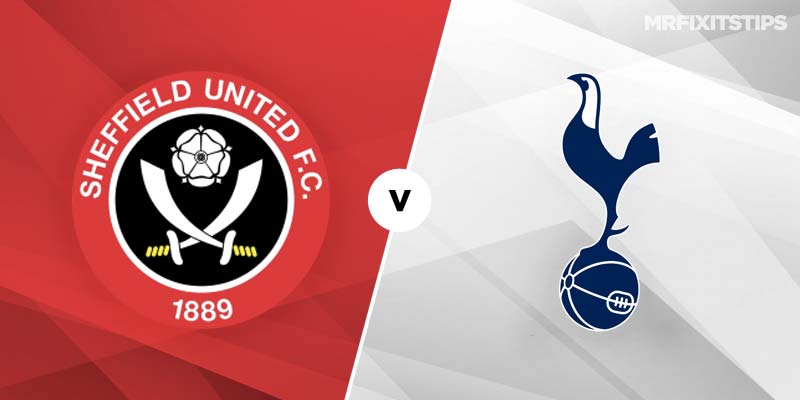 SHEFFIELD United will be aiming to get their season back on track when they welcome Tottenham to Bramall Lane on Thursday evening.

Chris Wilder's men have exceeded expectations this term, however, the Blades have stuttered since the restart after playing out a controversial stalemate away at Aston Villa before suffering back-to-back 3-0 losses away at Newcastle and Man United respectively.

Consequently, the Steel City side have slid down to 9th place in the Premier League, however, Wilder and Co will still harbour ambitions of qualifying for next season's Europa League.

Tottenham, meanwhile, occupy seventh spot in the table and they themselves will be targeting a place in Europe's secondary club competition next season.

The capital club restarted their campaign with a 1-1 draw at home to Man United before putting fierce rivals West Ham to the sword last midweek.

To date, the Jose Mourinho era has been plagued with inconsistency, however, the self proclaimed “Special One” will be targeting a strong end to the season with Spurs almost back to a full complement of players.

Sheffield United are big outsiders at 16/5 with BetVictor and a share of the spoils is also deemed unlikely at 5/2 with Bet 365.

Tottenham, despite winning just three of their 15 Premier League road trips this season, are Even-Money with UniBet to bag all three points at Bramall Lane.

Indeed, Sheffield United have been a breath of fresh air in the Premier League this season, however, it would be fair to say that goals don't flow at Bramall Lane – seven of the last eight top-flight tussles at this venue have produced under 2.5 goals.

What's more, the Blades have failed to make the net bulge in each of their three Premier League run-outs since the resumption and they will be coming up against a Spurs side who have seen their last three matches all go under 2.5 strikes.

With that in mind another low-scoring affair could be in store on Thursday evening and the bookies appear to be taking the same view with under 2.5 goals trading at 4/6 with most firms.

However, given the array of attacking talent that Mourinho now has at his disposal coupled with the fact that the Lilywhites have scored in each of their last 8 league games, I do fancy Spurs to notch on Thursday evening.

There is no value in backing a solitary Spurs strike however, combining a Spurs goal alongside over three Spurs corners and at least one Sheffield United card will provide us with a very backable 10/11 shot when making use of Bet 365's Bet Builder feature.

Taking the above-mentioned approach would have banked profit from each of Spurs' last six top-flight matches and it's also worth noting that Sheffield United have shipped eight goals across their last three outings.

However, I do fully expect the Blades to keep this battle competitive against a Tottenham team who tend not to travel well – the north Londoners have recorded just one success away from home in their last nine attempts in all competitions.

Having said that, this fixture will represent Spurs' first run-out in nine days while it will be Sheffield United's fifth match in just over a fortnight and that line of thought has lured me into looking at getting a well-rested Spurs team on-side on Thursday evening.

Tottenham's ropey road record makes them difficult to trust, so for reasons already discussed I'm instead going to opt for another Bet Builder by combining Tottenham double chance, under four match goals and under six match cards at 5/6 with Bet 365.

This English Premier League match between Sheffield United and Tottenham will be played on Jul 2, 2020 and kick off at 18:00. Check below for our tipsters best Sheffield United vs Tottenham prediction. You may also visit our dedicated betting previews section for the most up to date previews.