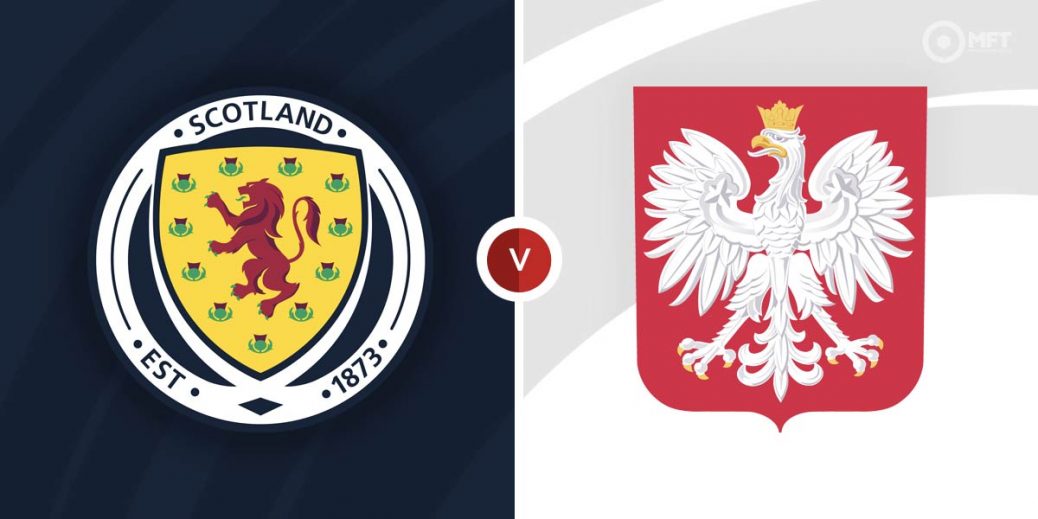 SCOTLAND may be facing Poland in a Hampden friendly but thoughts will inevitably turn to the conflict in Ukraine throughout an emotional 90 minutes.

This should have been the night when the National Stadium was packed to the rafters for a high-octane World Cup play-off semi-final between Steve Clarke's side and the Ukrainians.

But that match has been postponed until June and you have to doubt if it will even go ahead as Ukraine continues to resist the Russian invasion of their country.

The war has also affected Poland's play-off as they were due to the play the Russians, with the winners facing either Sweden or the Czech Republic.

With Russia ostracised, the Poles have been handed a bye to the final so it made sense to organise a friendly with Scotland on a night when both of their games had been called off.

Clarke will be hoping his side can keep building momentum after a stunning run of six consecutive victories booked their play-off spot in style.

Denmark were memorably swept aside 2-0 in their last Hampden outing and although the atmosphere will be more subdued for this friendly the national boss will be looking to claim another notable scalp.

Poland finished second behind England in their World Cup group, drawing with Gareth Southgate's men in Warsaw on a good night for Slips Tips, but ended the campaign on a downer after losing at home to Hungary.

However, they are still a dangerous side and have the firepower to hurt Clarke's side if the Scots don't hit top form.

Friendlies are always tough to call but Scotland's strong form makes them 14/9 favourites at SBK while Poland's best price is 2/1 at Bet365. I wouldn't be at all surprised if this one ended level and that pays 23/10 at Unibet.

Poland only just edge the head-to-head, winning three and losing two with the other five games drawn. These sides played out a couple of thrillers when they last faced off in the Euro 2016 qualifiers.

The Poles twice came from behind to claim 2-2 draws, with Robert Lewandowski scoring a last-gasp leveller at Hampden as the Scots narrowly missed out on qualification (below).

Pep Guardiola confused him with Charlie Adam at the weekend but Che Adams has emerged as Scotland's most complete striker. The Southampton striker delivered when I backed him for a goal against Moldova and he's 23/10 with Paddy Power for anytime scorer.

It's hard to look past Robert Lewandowski for a goal if the Poland talisman starts, although they may give him a breather and look at other options. The Bayern Munich striker sits on an incredible 50 goals for the season and is 6/4 for anytime scorer at Paddy Power. Lewandowski is rarely at such long odds for a goal and grabbed a double on his last Hampden visit.

Poland's games in World Cup qualification were pretty open and both teams to score came up in seven of their 10 qualifiers. That makes it worth a punt here at evens with William Hill even though friendlies can often be a damp squib. Over 2.5 goals also stands a chance and that pays 13/10 at McBookie.

There's not much between these teams so that suggests a close game. The half-time draw appeals at evens with Bet365 while McBookie price a one-goal winning margin for either side at 23/20.

This International Friendly match between Scotland and Poland will be played on Mar 24, 2022 and kick off at 19:45. Check below for our tipsters best Scotland vs Poland prediction. You may also visit our dedicated betting previews section for the most up to date previews.