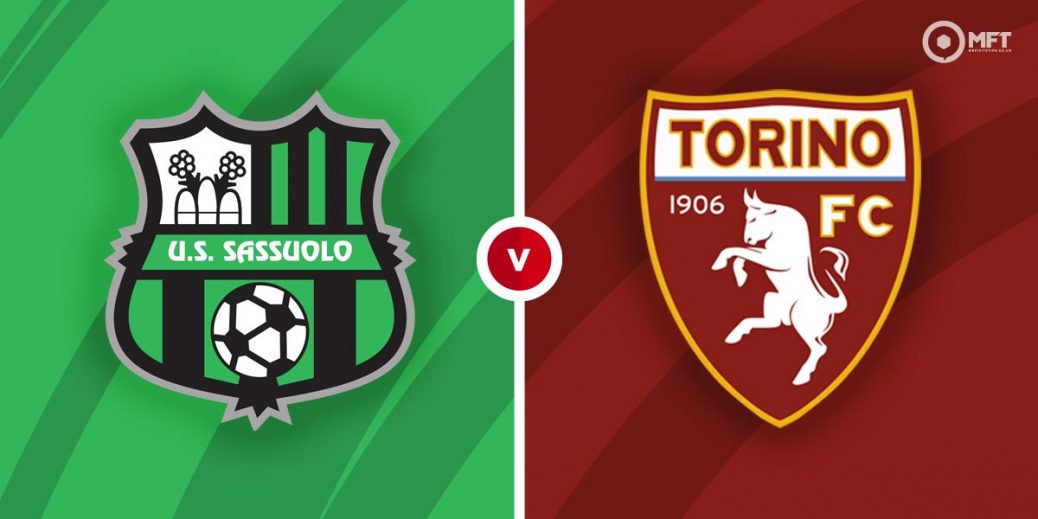 Fresh from their first victory of the season, Torino travel to the MAPEI Stadium for a Friday night Italian Serie A fixture against Sassuolo. The hosts are seeking their first three points at home this season and should get the better of a Torino side with a poor record on the road.

Sassuolo head into Friday’s clash off the back of a 2-1 defeat to Roma in their previous Serie A fixture. They fell behind in the first half but drew level after the break through Filip Djuricic before conceding the winner deep into added time.

It was the first defeat of the season for Sassuolo and manager Alessio Dionisi will be disappointed to have come away from the capital empty handed. They dominated the possession and created a number of chances but were let down by poor finishing.

Sassuolo are yet to secure a win at the MAPEI Stadium this season and were held 0-0 by Sampdoria in their previous home fixture. They generally have a good record at home and have lost to only Juventus in the last 10 matches stretching back to last season.

Torino travel to Sassuolo off the back of their first win of the season after claiming a 4-0 victory over newly promoted Salernitana. Antonio Sanabria gave them the lead at the break while Bremer, Tommaso Pobega and Senad Lukic were also on target.

After suffering defeats in their first two matches, manager Ivan Juric will be pleased to be off the mark for the season. The victory over Salernitana was also the first in eight Serie A matches for Torino, who appear to have carried on their problems from last season.

Torino also have a reputation of being poor travellers and are winless in their last five matches on the road, stretching back to last season. Their biggest defeat in that run was a 4-1 loss to Spezia while they have also been beaten 2-1 at Fiorentina this term.

The bookies have Sassuolo as favourites with a home win priced at 39/40 by SBK. A victory for Torino is valued at 31/10 with Vbet while a draw is set at odds of 37/13 with SBK.

Torino have an 11-5 advantage with eight draws from 24 previous matches against Sassuolo. The Turin club claimed a 3-2 home victory in the most recent meeting between both teams but Sassuolo are unbeaten in the last five fixtures at MAPEI Stadium.

Filip Djuricic has made a solid start to the season, scoring twice in three appearances for Sassuolo. The attacker is priced at 13/5 by Paddy Power to score anytime.

Andrea Belotti has only found the net once this season but remains the biggest attacking threat for Torino. Vbet has the striker at 13/11 to get on the score sheet on Friday.

The last two matches between Sassuolo and Torino have produced over 4.5 goals and a similar outcome is priced at 9/2 with BetVictor. Over 3.5 goals is valued at 30/17 by SBK while William Hill is offering 7/10 for over 2.5 goals.

Torino have gone behind in two of their three matches this season, so Sassuolo can be backed to score first at 4/6 with betway.

This Serie A match between Sassuolo and Torino will be played on Sep 17, 2021 and kick off at 19:45. Check below for our tipsters best Sassuolo vs Torino prediction. You may also visit our dedicated betting previews section for the most up to date previews.