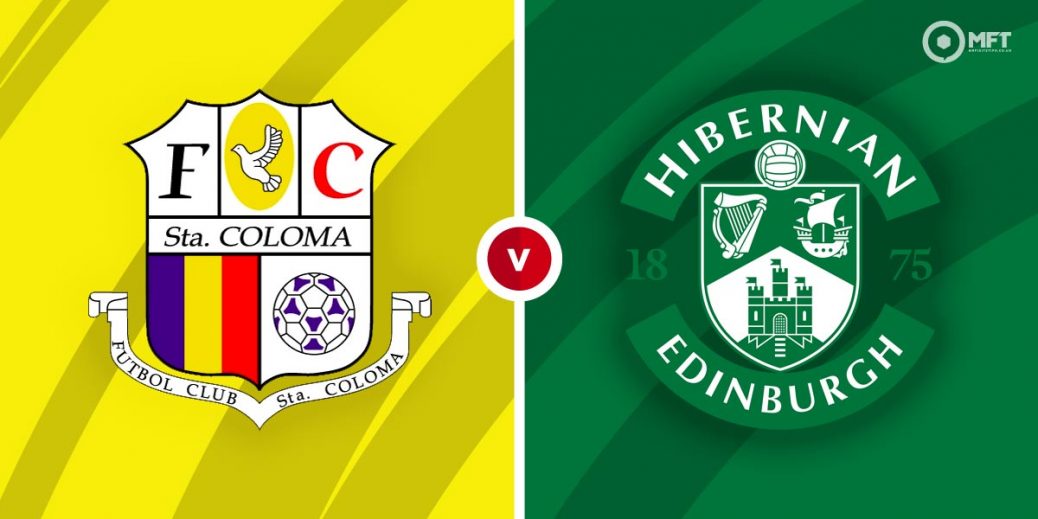 HIBERNIAN have one foot in the next round of the Europa Conference League qualifiers but will be wary of taking another kicking from the Santa Coloma boot boys.

Jack Ross' men head to Andorra with a 3-0 lead but the first leg in Edinburgh turned into a farce thanks to a card-happy referee and some flying challenges from the bad Santas.

Hibs were leading just 1-0 when Joe Newell was harshly sent off in the first half and what should have been a stroll against the minnows turned into a potential banana skin.

They avoided a slip-up as Santa Coloma also had two players red-carded and I was a bit disappointed the goals stopped flowing after Kevin Nisbet hit the third as I had tipped over 3.5 Hibs goals.

It was a similar story for our man Mark, who had over 4.5 goals as part of his bet builder, but it was job done for the Hibees and the second leg should be no more than a formality.

However, it probably won't be a classic on the plastic pitch and Santa Coloma have caused some surprises in Europe, holding Astana to a 0-0 draw at home in 2019 and taking the lead in Kazakhstan before eventually losing 4-1 (below). They also claimed a shock 1-0 home victory over Maccabi Tel Aviv in 2007.

Santa Coloma are rank outsiders and the minnows are 13/2 for a win at BoyleSports. Hibs are 4/9 with McBookie and the stalemate pays 17/4 with the same firm.

Newell is suspended for Hibs after the club decided against appealing his red card from the first leg. With the Premiership opener against Motherwell looming this weekend, Ross might rest some of his stars to avoid picking up injuries from more industrial Andorran challenges.

Hamza Ryahi and Robert Ramos sit this one out for Santa Coloma after their red cards in the first leg.

I've a feeling Ross might rest either Nisbet or Martin Boyle, with the Aussie international the most likely to sit this one out as he picked up a yellow card in the first leg. That would pave the way for Christian Doidge (below) to start and the Welshman is always worth a punt for a goal. But the bookies haven't priced up any scorer markets yet and you might need to request a price.

I'm tempted to bet against a lot of goals on the evidence of Santa Coloma's home record in Europe. Since losing 4-1 in Andorra to Basel back in 2090, nobody has dished out a beating to Santa Coloma in their own back yard.

Seven of their last nine home games in Euro qualifiers have seen under 2.5 goals so I like the look of the 13/10 on offer at McBookie for that bet. Betting against BTTS can also pay off and it's a decent evens at BoyleSports.

One the evidence of the first leg it's tempting to bet on cards but the high tally at Easter Road was mainly down to maverick Icelandic ref Vilhjalmur Thorarinsson. And as Hibs defender Paul McGinn pointed out, Santa Coloma won't be flying into tackles as they might get carpet burns from their plastic pitch. So try betting against a huge number of cards if the bookies finally get round to pricing up card markets.

The Hibees were leading at half-time and full-time in the first leg and a repeat in the return pays 11/10 at BoyleSports.

This UEFA Europa League Conference match between Santa Coloma and Hibernian will be played on Jul 29, 2021 and kick off at 17:30. Check below for our tipsters best Santa Coloma vs Hibernian prediction. You may also visit our dedicated betting previews section for the most up to date previews.