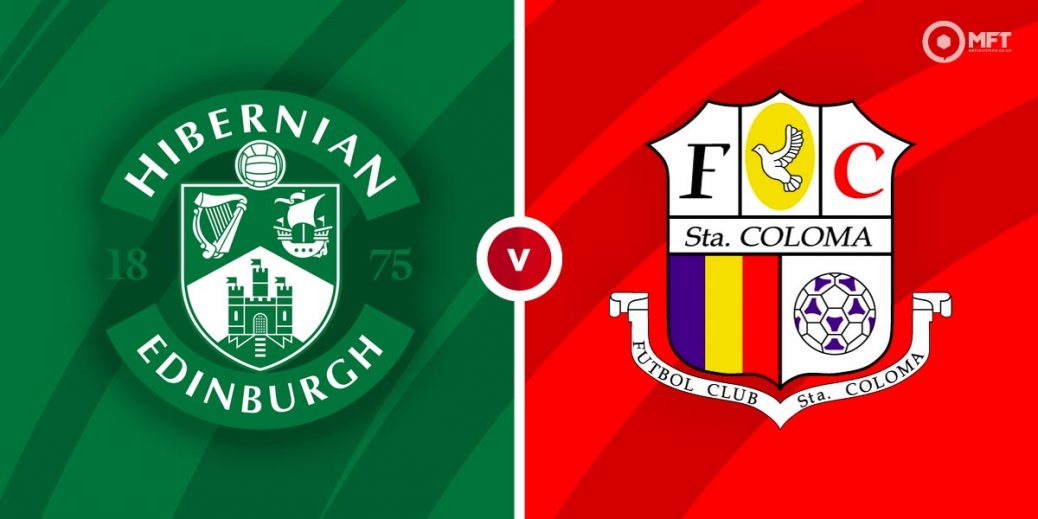 HIBS start their new season with what looks like an absolute penalty kick against Andorran minnows FC Santa Coloma in the new Europa Conference League.

The Easter Road side have just rewarded manager Jack Ross with a new contract, but the small print would be hastily checked if they don't ease through here and effectively end the tie in the first leg in Leith.

Hibs deservedly got third place in the Premiership last season, but ruined their season with a couple of desperately limp Cup exits to Hearts in the previous season's Scottish Cup and St Johnstone in the Scottish Cup Final which drew plenty of criticism from Hibs fans.

They are up against Santa Coloma who earned the right of a trip to Scotland when they defeated San Marino no-hopers Mons Calpe in the first qualifying round and to be fair they did it in style with a 4-0 walloping at home.

The Andorran season hasn't started yet and they finished third last season. They are very experienced in European football having played in 18 campaigns. However, that win against Mons Calpe was only their second time they have got past the first round.

Hibs are clear and overwhelming favourites unsurprisingly at 1/25 with bet365. The Andorrans are 25/1 and the draw is 12/1.

The clubs have never met before and it's Santa Coloma's first ever game against Scottish opposition.

Hibs Kevin Nisbet was their top scorer last season, but there might be better value in backing Martin Boyle for a goal. He should get plenty of freedom down that right wing and by rights should run amok against the part-timers.

Not often will Hibs have to watch out for a striker who is a star for both the Andorra national team and their beach football team, but that's the accolade that Santa Coloma's star man Alex Martinez can boast. He was their top scorer last season with five goals and has also netted once for his country against Switzerland.

This really shouldn't be a contest. Even accounting for rustiness on Hibs' part, the same can be said for the Andorrans who haven't started their season yet although they did play in Europe.

The only viable way for Hibs to be backed, assuming your pockets aren't as deep as the Mariana Trench is on the betbuilder.

Hibs to win, Hibs to win half time and full time and for there to be over 4.5 goals, which should be entirely doable, is 6/4 with bet365.

This UEFA Europa League Conference match between Hibernian and Santa Coloma will be played on Jul 22, 2021 and kick off at 19:45. Check below for our tipsters best Hibernian vs Santa Coloma prediction. You may also visit our dedicated betting previews section for the most up to date previews.