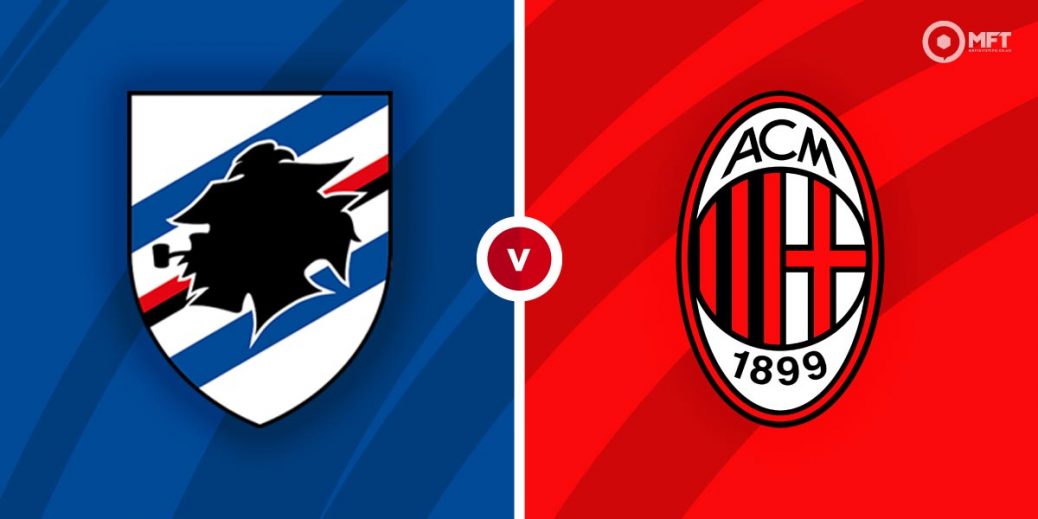 After impressing last season, AC Milan begin their 2021/22 campaign with a trip to Sampdoria. The hosts are no pushovers and can be tricky opponents but Milan appear stronger than last season and should have the edge here.

Sampdoria were one of more impressive teams last season as they secured a comfortable mid-table finish. They will be looking to improve on their performance but will have to do it without influential manager Claudio Ranieri, who departed at the end of the campaign.

Roberto D’Aversa is the new man at the helm at Sampdoria, who are looking to put themselves in contention for another top half finish this term. The manager’s previous job ended in failure as Parma sunk into the Serie B after a disappointing campaign.

Sampdoria had a solid preseason, winning all three of their matches before claiming a 3-2 victory over Serie B team Alessandria in the Coppa Italia. They however tend to struggle against the big teams and have not beaten AC Milan in their last four meetings.

AC Milan come into the new season looking to build on their impressive campaign last term. Having led the League for much of the season, they faltered at the crucial stage and had to settle for a second-place finish.

Despite losing goalkeeper Gianluigi Donnarumma in the transfer window, Milan appear stronger this season thanks to some shrewd acquisitions by manager Stefano Pioli. Former Lille stopper Mike Maignan has moved to the San Siro while Olivier Giroud and Alessandro Florenzi will bring some experience alongside veteran striker Zlatan Ibrahimović.

It was mixed fortunes for AC Milan in preseason but one positive is Olivier Giroud, who appears to have settled quickly after scoring three goals, including a brace in a 2-1 victory over Panathinaikos. They ended the previous campaign with four wins and a draw from their final five matches and will be confident of extending that run on Monday.

The bookies have AC Milan as favourites with a win valued at 19/20 with betfair. Sampdoria are considered outsiders at home at 16/5 with William Hill while a draw is set at odds of 13/5 with bet365.

AC Milan are unbeaten in the last four matches against Sampdoria and have won the last two meetings at the Stadio Comunale Luigi Ferraris. The Rossoneri claimed a 2-1 victory in their last visit to Sampdoria with Franck Kessie and Samu Castillejo getting their goals.

Veteran striker Fabio Quagliarella remains will be the go-to man for Sampdoria and was on target in the win over Alessandria. With AC Milan often unconvincing at the back, he can be tipped to find the net at 43/20 with Unibet.

Zlatan Ibrahimovic is unavailable due to a knee problem. Olivier Giroud is likely to start and might be worth keeping an eye on for AC Milan. The striker netted a brace last time out against Panathinaikos and is priced at 13/10 by bet365 to score a debut goal.

This Serie A match between Sampdoria and AC Milan will be played on Aug 23, 2021 and kick off at 19:45. Check below for our tipsters best Sampdoria vs AC Milan prediction. You may also visit our dedicated betting previews section for the most up to date previews.