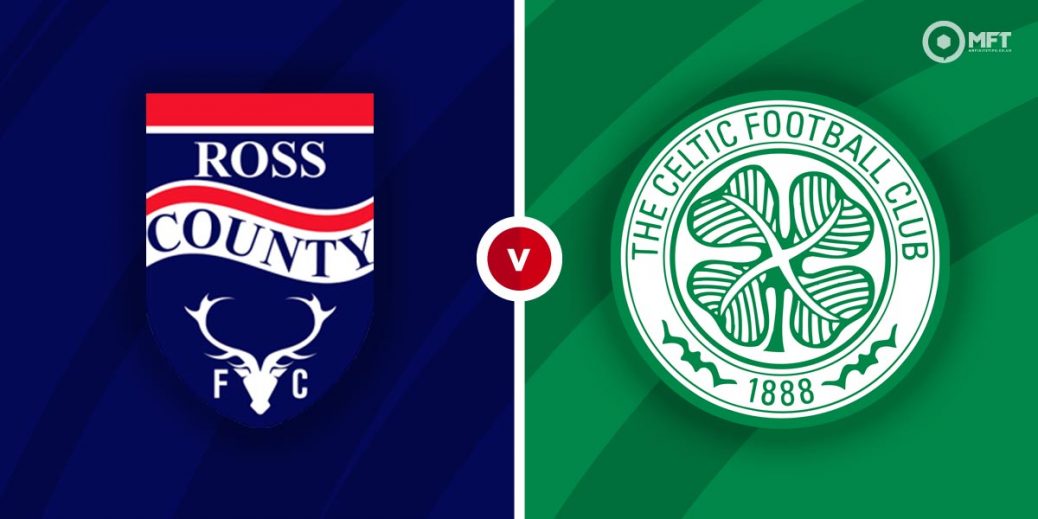 IT'S too little, too late but Celtic have finally found form as they look to make it six victories on the spin with a Premiership triumph over Ross County.

It's the kind of run we've become accustomed to seeing the Hoops on as they head into the business end of the SPFL season but the problem this year is that are heading down the home straight 15 points behind Rangers.

A dismal mid-season slump has cost the Hoops their 10-in-a-row dream so there's only really pride and futures to be played for, with fans just desperate for this campaign to be brought to an end.

It's a different story for Ross County, though, with the Staggies desperate for wins as they bid to climb off the foot of the table and secure their Premiership status.

A revival by Hamilton has sent County to the bottom so John Hughes has a big job on his hand to keep the Dingwall side up. He has masterminded some impressive victories since replacing Stuart Kettlewell, comfortably beating Hibs and Aberdeen, but County have now lost three of their last four.

Kettlewell managed to lead the Staggies to a shock League Cup win at Parkhead earlier this season and now Hughes has to figure out how to beat them on home soil.

Ross County have been written off and are as big as 11/1 with Skybet for a win. Even the draw is 26/5 with SBK while Celtic's best price is 8/25 with Novibet. A Hoops win to nil has come up in three of the last four meetings and pays 11/10 with SportingIndex.

That League Cup triumph at Parkhead has been a rare ray of light of County in this fixture, with Celtic winning eight of the last nine and conceding just three goals during that run.

The Hoops won 5-0 in Dingwall on their last visit (below) and came out 2-0 victors at Parkhead in Hughes' first game as gaffer.

David Turnbull scored Celtic's winner against Aberdeen in midweek, a match where two of my three tips came up. The midfielder also scored against County at Parkhead in that 2-0 win and is 21/10 with Paddy Power for anytime scorer here.

It's hard to guess who will start up front for County, with Oli Shaw, Billy Mckay and Jordan White all on target in recent games. But former Hibs striker Shaw offers the best value at 5/1 with Unibet for a goal.

The last two meetings in Dingwall have both delivered five goals so I fancy a few thrills in this one. Over 3.5 goals is 7/5 at Tonybet while over 1.5 first-half strikes is 23/20 with the same firm.

There have been two penalties in the three games between these sides this season and another spot-kick is priced 2/1 at McBookie.

Cards have been thin on the ground of late in this fixture, with just five across the last four meetings. So try under 22.5 booking points at 13/10 with McBookie.

This Scottish Premiership match between Ross County and Celtic will be played on Feb 21, 2021 and kick off at 19:30. Check below for our tipsters best Ross County vs Celtic prediction. You may also visit our dedicated betting previews section for the most up to date previews.