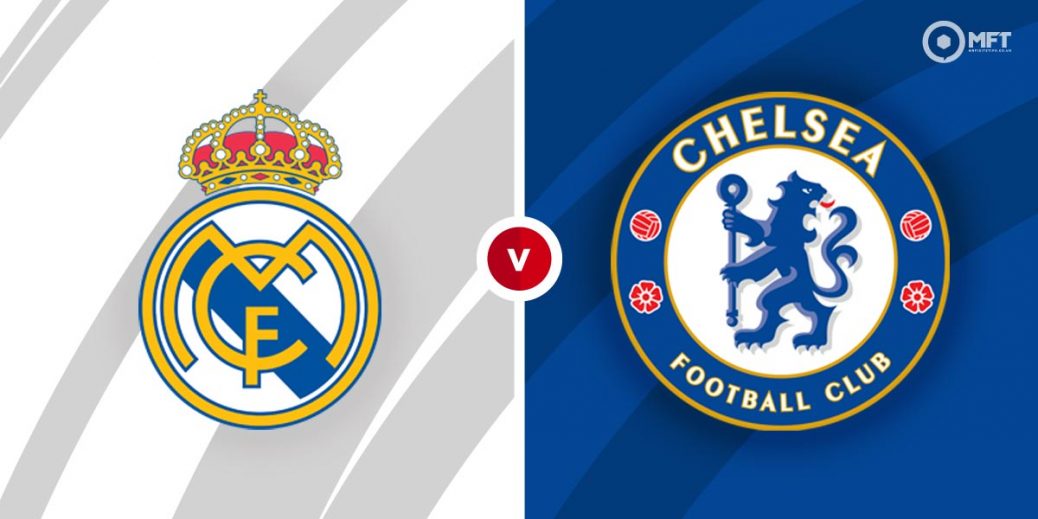 THOMAS TUCHEL has worked wonders since taking the reins at Chelsea and now stands on the brink of another Champions League Final – but he must outwit Real Madrid legend Zinedine Zidane to get there.

The German reached last season's showpiece with PSG only to lose out to a relentless Bayern Munich who deservedly took their place at the head of Europe's top table.

When Tuchel replaced Frank Lampard at Stamford Bridge midway through this season, only the most optimistic of fans would have envisaged him leading their team to the final four in Europe.

But he has achieved the feat with wins over Atletico Madrid and Porto while also managing to ruin Manchester City's Quadruple dream with victory in the FA Cup semi-final.

Chelsea could face City again in the Champions League Final, with the semi-final draw keeping the English giants apart, but getting past Real won't be easy.

Zidane is chasing his fourth Champions League crown in the Bernabeu dugout and his side were hugely impressive as they swept aside Liverpool in the quarter-finals.

It's now 17 games since Real last tasted defeat so they will be full of confidence heading into this intriguing semi-final.

Chelsea are 5/2 outsiders with SBK for a win Madrid and 21/20 with SportNation to qualify. Real Madrid are favourites in both markets, with VBet offering 5/6 on them reaching the final and a first-leg win priced 17/12 at SBK. The first leg could be cagey and a stalemate is 25/11 at VBet.

Chelsea are unbeaten in their three games with Real Madrid. They won the 1971 European Cup Winners' Cup Final with a 2-1 triumph in the replay after a 1-1 draw (below). A Gus Poyet goal was also enough to seal the Super Cup in 1998 when these sides last faced off.

Eden Hazard (below) could face his old club after making his return from injury in the weekend draw with Real Betis. Toni Kroos and Ferlan Mendy will hope to shake off injuries to play but Sergio Ramos, Lucas Vazquez and Federico Valverde remain out.

Tuchel has almost a full squad to pick from with midfielder Mateo Kovacic the only injury absentee.

Karim Benzema is Real's man for the big occasion and the veteran striker has 27 goals for the season. The Frenchman is a best 33/20 with Unibet for a goal here which looks good value. He's also a tempting 10/1 with SkyBet to score a header.

Timo Werner boosted his confidence with a goal at the weekend as Chelsea saw off West Ham. The German's pace could trouble Real and he's 16/5 with Unibet for a goal.

A solid defence has been the bedrock of Chelsea's success under Tuchel so I'd be surprised if we saw a repeat of Real's thrilling 3-1 win over Liverpool in Spain.

Betting against goals helped me land a full house when the Blues beat West Ham 1-0 so I'm backing another cagey game here. Under 2.5 goals is a best 13/19 with SBK so is only really an option for accas but betting against BTTS is better at 10/11 with McBookie.

I could easily see the score being level at half-time and that bet pays 21/20 at TonyBet.

Real midfielder Casemiro has collected an incredible 13 yellows and 1 red this season so he appeals in the card market, although it has yet to be priced up.

Chelsea have been keeping it clean in Europe, picking up just three cards across their last four games. That makes under 3.5 match cards appealing at 6/5 with Unibet.

This UEFA Champions League match between Real Madrid and Chelsea will be played on Apr 27, 2021 and kick off at 20:00. Check below for our tipsters best Real Madrid vs Chelsea prediction. You may also visit our dedicated betting previews section for the most up to date previews.