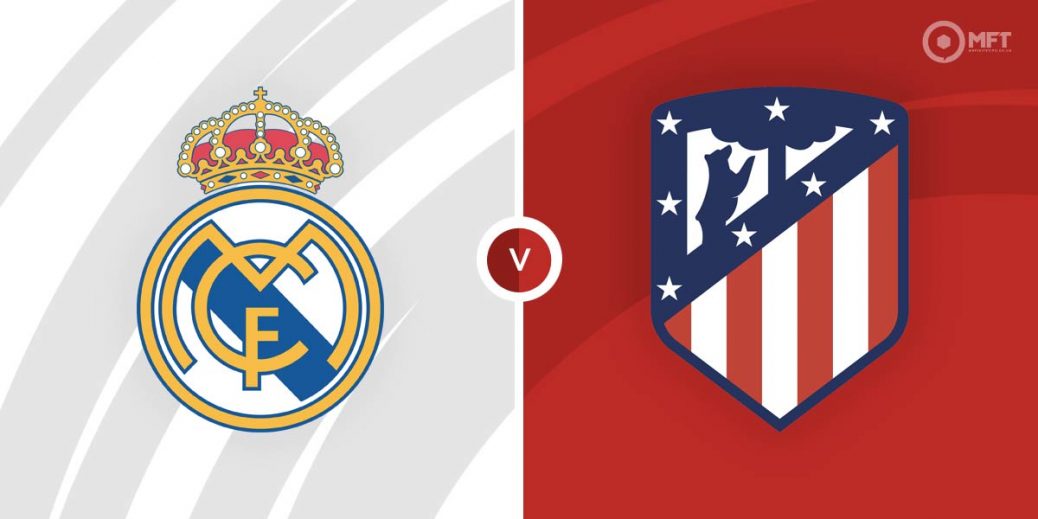 Atletico Madrid will look to close the gap on the leaders when they travel to the Santiago Bernabeu to face local rivals Real Madrid. A typically intense derby is expected on Saturday but Real are full of confidence at the moment and should have the extra quality here.

Real Madrid appear to be getting better as the season progresses and head into Sunday’s clash on a nine match winning run across all competitions. They finished top of their group in the Champions League after claiming a 2-0 victory over Inter Milan in midweek.

Manager Carlo Ancelotti has his team playing like a well-oiled machine and are currently eight points clear at the top of La Liga. They have also won their last six league matches and claimed a 2-0 victory at Real Sociedad in their previous fixture.

Home form has been pivotal for Real Madrid this season and they have won their last six matches across all competitions at the Santiago Bernabeu.

Atletico Madrid beat their bitter rivals to the La Liga title last season but have struggled to capture that form this term. They are currently 10 points off the pace after suffering a 2-1 home defeat to Mallorca in their previous fixture.

Despite that result, Atletico Madrid will still travel to the Santiago Bernabeu in high spirits after progressing to the round of 16 of the Champions in midweek. They overcame Porto 3-1 in a thrilling contest with Antoine Griezmann and Joaquin Correa among the goals.

Atletico Madrid’s struggles this season could be attributed to lack of discipline at the back having failed to keep a clean sheet in their last four matches across all competitions. Diego Simeone’s men have also struggled on their travels with just one win in their last four away matches in La Liga.

The bookies have Real Madrid as overwhelming favourites with a home win priced at 23/20 with betway. A victory for Atletico Madrid is priced at 45/17 by SBK while Vbet is offering odds of 18/7 for a draw.

Real Madrid are unbeaten in the last five matches against Atletico Madrid and claimed a 2-0 victory in the most recent meeting at the Santiago Bernabeu.

Top scorer Karim Benzema missed Real Madrid’s Champions League win in midweek but is expected to return for the derby on Saturday. The French striker has found the net in two of his last three appearances against Atletico Madrid and could be tipped to continue that scoring run at 7/5 with Unibet.

Antoine Griezmann carries the biggest attacking threat for Atletico Madrid at the moment and was on target in midweek. Unibet has the striker at odds of 33/10 to score anytime on Sunday.

Real Madrid have seen over 2.5 goals in two of their last three home matches in La Liga and the derby could be tipped to follow a similar pattern at evens with bet365. Both teams could also be backed to score at 9/11 with SBK.

Real Madrid have led at the break in two of their last three matches across all competitions and could be tipped to earn a halftime win at 9/5 with William Hill.

This La Liga match between Real Madrid and Atletico Madrid will be played on Dec 12, 2021 and kick off at 20:00. Check below for our tipsters best Real Madrid vs Atletico Madrid prediction. You may also visit our dedicated betting previews section for the most up to date previews.