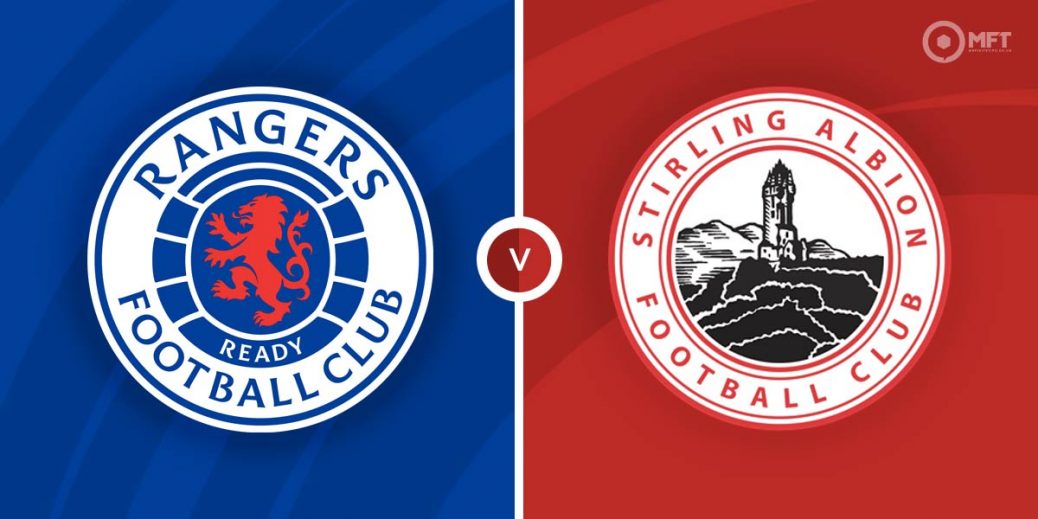 RANGERS were caught cold on their return from the winter break as Giovanni van Bronckhorst dropped his first Premiership points in a 1-1 draw at Pittodrie.

But the champions should still be far too hot for League Two Stirling Albion when they begin their Scottish Cup campaign back on home soil at Ibrox.

It has been plain sailing for van Bronckhorst so far since taking over from Steven Gerrard but his squad is being stretched a little with star man Joe Aribo at the AFCON and some other key players out injured.

That showed at Pittodrie as the Dons were worthy of a point at least on a night where both my tips came up.

Gers now lead Celtic by just four points ahead of next month's massive derby at Parkhead but they have pretty kind fixtures before then with this cup tie followed by matches against Livingston and Ross County.

And it's hard to see Stirling causing them any problems at Ibrox, with the Binos winning just one of their last seven games.

They have a good manager in Derek Young, who has taken the reins after the surprise exit of Kevin Rutkiewicz. But Albion have shipped three goals in each of their last two games so avoiding a hiding looks to be the best they can hope for.

This is a real David v Goliath tie and it's reflected in the odds with Stirling Albion as big as 125/1 at Coral for a win inside 90 minutes. Even the draw is 25/1 with the same firm while Rangers' best price is just 1/33 at Bet365. McBookie don't even offer a price on Gers qualifying but they have the Binos at 22/1.

Stirling were actually a bit of a bogey team for Rangers when they were slumming it in the fourth tier back in 2012. The Binos claimed a memorable 1-0 win at home (below) in the first of four meetings that term and also claimed two draws, including a 0-0 stalemate at Ibrox.

But Albion have only won twice in 33 meetings with Rangers, losing 25 games of those games.

I'd expect van Bronckhorst (below) to give a few fringe players a chance to shine and Fashion Sakala should start up front. He's just 4/9 at Paddy Power for anytime scorer but the odds increase to 2/1 for him to net two or more. That's still not great value so I'm going for winger Scott Wright to get on the scoresheet instead at 7/5.

Stirling's Dale Carrick won't be fazed by running out at Ibrox, having played for Hearts and Kilmarnock earlier in his career. The 28-year-old has netted four times this season and is 11/1 at McBookie for a shock Ibrox goal.

With Striling conceding three times against both Kelty and Stranraer in recent weeks, it could get ugly for them at Ibrox.

But you have to go to over 4.5 match goals to get into odds-against territory at 5/4 with Paddy Power while the odds increase to 15/8 for over 4.5 Gers goals.

The Premiership side will try to get this game won early and that makes backing the first half for most goals a decent option. That bet pays 21/10 at McBookie and the same firm also price a goal inside the first 10 minutes at 9/4.

This Scottish Cup match between Rangers and Stirling Albion will be played on Jan 21, 2022 and kick off at 19:45. Check below for our tipsters best Rangers vs Stirling Albion prediction. You may also visit our dedicated betting previews section for the most up to date previews.