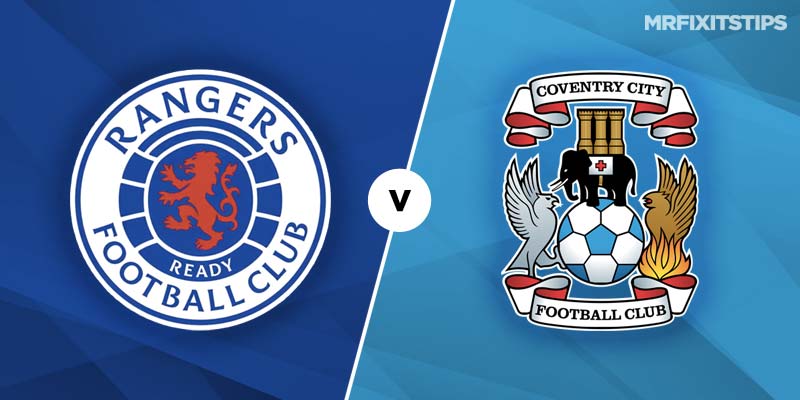 RANGERS will step up their preparations for the new Scottish Premiership season when they play host to Coventry City on Saturday evening.

Steven Gerrard's side have made an impressive start to their pre-season programme with wins over Lyon and Nice seeing the Light Blues lift the Veolia trophy.

The Teddy Bears returned to familiar territory on Wednesday night when dishing out a 4-0 mauling to fellow Scottish Premiership side Motherwell at Ibrox.

Rangers will look to maintain their momentum when they welcome Coventry City to Govan on Saturday before turning their attention towards a mouth-watering meeting with Aberdeen at Pittodrie next weekend.

This fixture will represent Coventry City's first run-out since the enforced break as the Sky Blues get set to begin their preparations ahead of a return to the English Championship.

Mark Robins' men were top of League 1 when the season came to a halt but a subsequent vote to curtail the campaign saw the Sky Blues promoted as champions.

Rangers are big favourites at 2/9 with Bet 365 to make it four pre-season friendly wins on the spin.

Coventry are big underdogs at 7/1 with PaddyPower and the draw is also deemed unlikely at 9/2 with the same firm.

Rangers are red-hot favourites here and that is understandable given where they are at with their schedule coupled with the fact that Coventry have been in cold storage since March.

Pre-season friendly fixtures can be difficult to tackle from a betting perspective and punters will have to dig deep to try and generate some value from this fixture on Saturday evening.

Therefore, I have decided to be a bit creative by making use of Bet 365‘s Bet Builder and a combination that catches the eye is Rangers to score in both halves at 10/11 with Bet 365

Taking the above-mentioned betting angle would have banked profit in each of the Gers last two pre-season fixtures and I'm happy to side with a repeat at Ibrox this weekend.

This will be Rangers final opportunity to get up to speed before locking horns with old foes Aberdeen next Saturday lunchtime and I suspect Gerrards's players will be keen to stake a claim for a starting XI spot at Pittodrie.

What's more, Gerrrad would appear to have superior attacking talent at his disposal and I suspect Rangers pace and flair in forward areas will prove too hot to handle for a rusty Coventry City rearguard.

That line of thought has me attracted to siding with Rangers in the Half Time/Full Time market which is currently trading at 4/5 with Bet 365.

Rangers Half Time/Full Time has paid out across all three of the Glasgow giants friendly fixtures thus far and a repeat on Saturday looks like a nice way of trying to squeeze some value out of another Rangers pre-season success.

This match between Rangers and Coventry will be played on Jul 25, 2020 and kick off at 17:15. Check below for our tipsters best Rangers vs Coventry prediction.