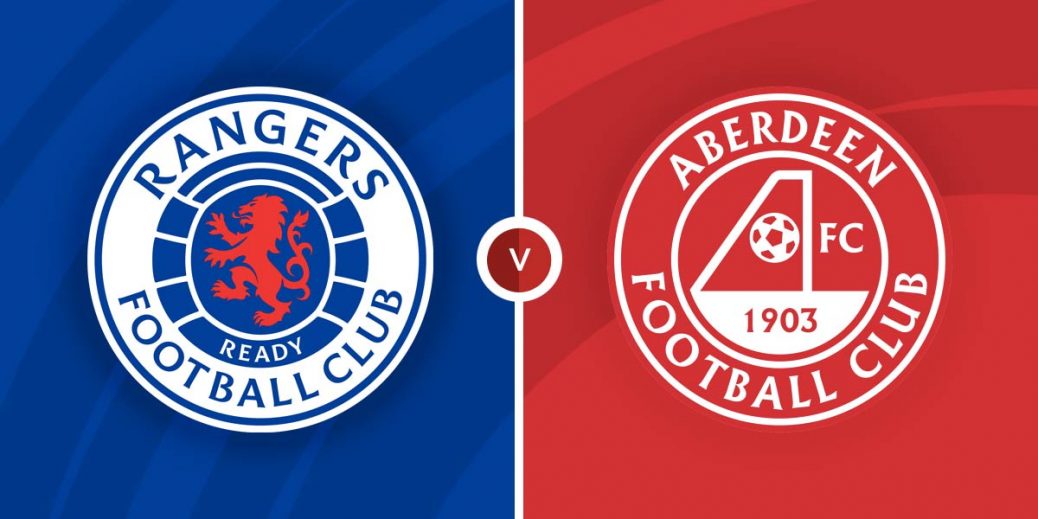 RANGERS will aim to maintain their place at the summit of the Scottish Premiership when they face old foes Aberdeen at Ibrox on Wednesday night.

Steven Gerrard's side continue to go about their title defence in solid rather than spectacular fashion and that was evident in their 2-1 success at St Mirren on Sunday, on an afternoon where my recommended Bet Builder banked.

Having said that, Rangers have shown flashes of their old selves during recent outings and the Scottish champions are unbeaten in seven league games.

The Light Blues produced one of their most complete performances of the campaign during last week's 2-0 Europa League win over Brondby and Gers boss Gerrard will seek more of the same when his side return to their Govan base this midweek.

Aberdeen, meanwhile, make the trip south after ending a ten-match winless streak in the Scottish Premiership at the weekend with a 1-0 win over Hibs, another game which brought up one of my bets.

That long-overdue three points has helped alleviate some of the pressure on Pittodrie boss Stephen Glass' shoulders after the Dons made their worst start to a season in over a decade.

Rangers won all four meetings last season and another Teddy Bears triumph is trading at 3/10 with SBK.

Aberdeen have lost their last three Scottish Premiership away matches and the bookies odds suggest that trend will continue, with an away win chalked up at a chunky 10/1 (SBK) while the stalemate pays 47/10 (SBK) with the same bookmaker.

You won't get rich backing Rangers at the aforementioned price, but combining a home win and over one Aberdeen card will bring about a nice looking 19/20 (UniBet) play.

Rangers have lost only one of their last 48 league matches, a 1-0 defeat at surprise package Dundee United, not to mention the hosts have not been turned over on home turf in a league game since March 2020.

Sure, Rangers are yet to click into top gear this season, but they were a lot more penetrative in their last two home matches against Hearts and Brondby and they should have too much class for an Aberdeen team going through a transition period under new boss Stephen Glass.

The Dons, who are down to the bare bones in available defenders, have collected just four points from five top-flight road trips this term and they will face an uphill task to add to that tally at fortress Ibrox on Wednesday night.

With that in mind, coupled with the fact that this fixture has thrown up plenty of fiery fixtures over the years, I'll complete the combination with over one Aberdeen card.

The Granite City guests are averaging 2.2 cards per game this season and it's also worth noting that 10 0f the 11 sides to visit Ibrox this season so far have gone into the referees notebook at least twice.

John Beaton will be the man in the middle for this midweek dust-up, an appointment that immediately had my eyes drawn to the card markets.

The Scottish whistler has flashed a minimum of five cards in each of his last four Scottish Premiership outings, so I'll also snap up the 9/10 (UniBet) on offer for Over 3.5 Cards being shown at Ibrox given that sparks usually fly when Rangers face Aberdeen.

This Scottish Premiership match between Rangers and Aberdeen will be played on Oct 27, 2021 and kick off at 19:45. Check below for our tipsters best Rangers vs Aberdeen prediction. You may also visit our dedicated betting previews section for the most up to date previews.