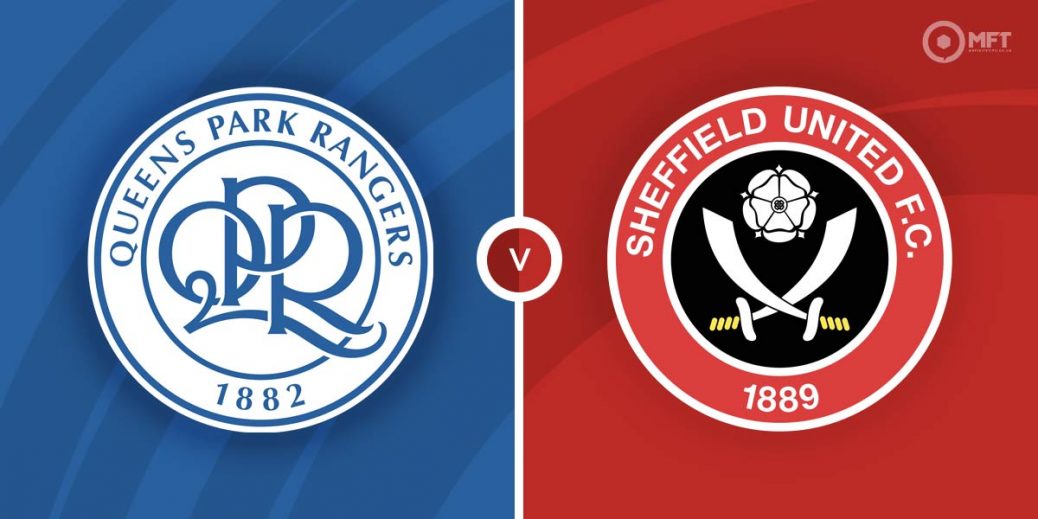 Sheffield United are looking to hold on to their promotion playoff spot when they travel to QPR for their penultimate English Championship fixture of the season.

Sitting 10th on the table, six points off the top six, QPR have only a slim mathematical chance of making the playoffs. Their recent form has been poor though, they have picked up just one win from their last eight matches, suffering six defeats.

QPR head into Friday’ clash off the back of a 1-0 defeat at Stoke City in their previous Championship fixture. Mark Warburton’s men created little in attack and finished without a single attempt on target throughout the contest.

Although QPR earned a 1-0 victory over Derby County in their previous home fixture, their recent record at the Kiyan Prince Foundation Stadium has been patchy. That result ended a run of three straight defeats for the London side, including a 3-1 loss to relegation threatened Peterborough United.

Sheffield United currently occupy the final playoff spot and will be keen to maintain their position in the final two games of the season. However, they are just three points above fast rising Millwall and must also be wary of Middlesbrough who are five points off the pace with a game in hand.

Although Sheffield United have not been at their best lately, they have suffered just one defeat in their last five matches. They claimed a 1-0 victory over Cardiff City in their previous Championship fixture with Iliman Ndiaye getting the goals.

Among the problems for Sheffield United is a poor record away from home where they are winless since February. However, they will take some confidence from the 1-1 draw at Bristol City in their last outing on the road.

Sheffield United have a fine record against QPR and have won the last four meetings. The reverse fixture was earlier this month with the Blades claiming a 1-0 victory thanks to Oliver Norwood’s first half effort.

Iliman Ndiaye appears to have found his scoring touch in the latter stages of the season with two goals in his last three matches. The attacker could be worth keeping an eye on to score anytime at 11/4 with bet365.

Sheffield United’s defence has also looked solid with the trio of John Egan, Chris Basham and Jack Robinson helping the team to three clean sheets in their last five matches. They have also kept clean sheets in the last two meetings with QPR and could be set for a repeat at 7/4 with Paddy Power.

Given Sheffield United's defensive record and with QPR not particularly convincing in attack, BTTS NO could be on the cards at 23/20 with BetVictor. The Blades have won to nil in their last two matches with QPR and a similar outcome is valued at 12/5 by Coral.

Sheffield United have been the only team to score in the last two meetings with QPR and could be set for a repeat at 12/5 with bet365.

This English Championship match between QPR and Sheffield United will be played on Apr 29, 2022 and kick off at 19:45. Check below for our tipsters best QPR vs Sheffield United prediction. You may also visit our dedicated betting previews section for the most up to date previews.