Portugal vs Republic of Ireland Prediction and Betting Tips 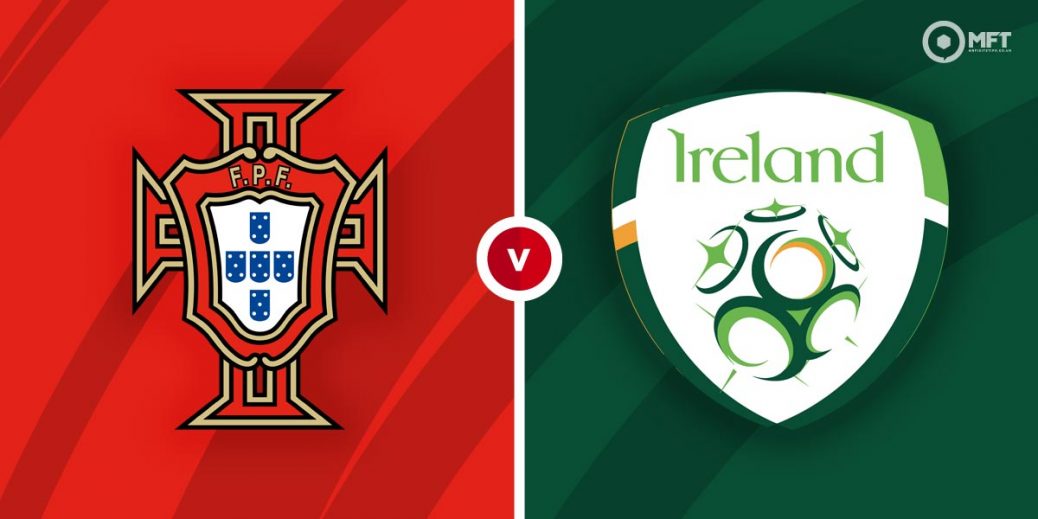 Portugal vs Republic of Ireland

PORTUGAL will be looking to cement their position at the summit of Group A when they welcome Republic of Ireland in a World Cup qualifier on Wednesday night.

Fernando Santos's side sit top of the pool after posting wins over Azerbaijan and Luxembourg either side of a 2-2 draw away at Serbia.

The Iberians were dethroned as European champions earlier this summer at Euro 2020, where they were knocked out by Belgium in the last 16.

Defending their continental crown was never going to be an easy task but Santos and Co will now have their sights firmly set on stamping their ticket to next year's showpiece in Qatar.

Republic of Ireland, meanwhile, face an uphill battle in their bid to qualify for World Cup 2022 after a disastrous 1-0 defeat in Dublin against lowly Luxembourg.

That fixture looked like a fantastic opportunity for Stephen Kenny to bag his first win as national boss but the Irish chief had to wait until June's friendly fixtures, as his side came from behind to earn a 4-1 win in Andorra.

Portugal have won in each of their last eight World Cup qualifiers on home turf and the bookies expect that sequence to be extended, with a home win heavily fancied at 1/5 (Bet 365).

Republic of Ireland have triumphed in just two of their last 19 away trips and the Boys in Green are big outsiders here at 18/1 (BetVictor) while the draw is also deemed unlikely at 6/1 (UniBet).

There is little value in siding with the Portuguese at the aforementioned odds so I'll head to Bet 365‘s Bet Builder to get a bigger price.

Combining Portugal to win, over one Portugal goal and over one Republic of Ireland card will bring about an eye-catching even-money (1/1) play.

Portugal have been well-nigh flawless on home soil over the last few years, losing just one fixture since 2018 and that was against world champions France.

What's more, Santos' star-studded side have smashed in 34 goals across their last 14 home matches – an average of 2.4 strikes per 90 minutes – and it's also worth remembering that that the Selecao notched up two or more strikes in each of their three “Group of Death” outings at Euro 2020.

Out-of-sorts Ireland, on the other hand,  have seen their defence breached during recent bouts with international lesser lights Luxembourg, Qatar and Andorra.

With that in mind, coupled with the plethora of attacking talent within Portugal's ranks, I'll back the hosts to succeed and to score at least a couple of goals in the process.

I'll complete the Bet Builder with over one Irish card – Kenny's crew have clocked up two or more cautions in six of their last eight competitive contests and they may deploy the dark arts here in an attempt to tame the hosts top-heavy attack.

All eyes will be firmly trained on Cristiano Ronaldo following his sensational return to Manchester United and he could be worth a speculative punt at 11/4 with William Hill to score two or more goals on Wednesday night.

The Portuguese superstar has scored a staggering 109 goals in 178 appearances for his country and he enters this qualifier just one strike away from becoming the all-time top goal scorer for a men's national team.

Unsurprisingly, there is minimal value in backing CR7 to make the net bulge in the first/anytime goalscorer markets but he has been enhanced to 11/4 (William Hill) to bag a brace and makes appeal given that it's a bet that would banked profit in two of Ronaldo's four outings at Euro 2020.

This World Cup match between Portugal and Republic of Ireland will be played on Sep 1, 2021 and kick off at 19:45. Check below for our tipsters best Portugal vs Republic of Ireland prediction. You may also visit our dedicated betting previews section for the most up to date previews.