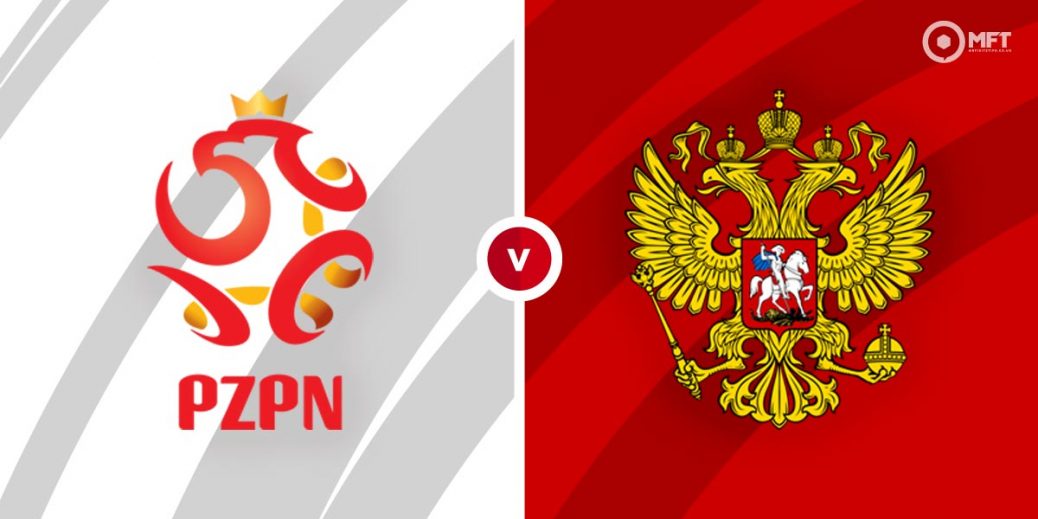 Poland and Russia square off at the Stadion Miejski in one of their preparatory matches ahead of the European Championship. With both teams boasting quality in attack and often enjoying an open style of play, goals should be expected here.

Poland's last international fixture was a 2-1 defeat against England in a 2022 World Cup qualifier. They looked to be heading for a share of the spoils after Jakub Moder cancelled out an early opener from the English but conceded the winner five minutes from time.

Manager Paulo Sousa has struggled to get the best out of his team lately and they head into Tuesday’s clash with just one win from their last five matches. Defending has been their major problem in recent outings with nine goals conceded in their last five fixtures.

Captain Robert Lewandowski is coming off a superb season with Bayern Munich where he scored 48 goals across all competitions.

Russia are also coming off a defeat in their last international fixture, losing 2-1 against Slovakia in a 2022 World Cup qualifier. Having gone behind in the first half, they struck back through Mario Fernandes but failed to hold on for the draw.

Like Poland, the Russians have struggled to find their best form lately with just two wins from their last nine matches. They have also struggled to keep things tight at the back, conceding 12 goals in their last five matches.

One positive for manager Stanislav Cherchesov is his team can hold their own in attack. They will be hoping captain Artem Dzyuba can replicate his club form having scored 26 league goals for Zenit St Petersburg last season.

Poland have the edge among the bookies with a home win priced at 27/20 with Unibet. A victory for Russia is valued at 9/4 with Skybet while a draw is set at odds of 23/10 with SBK.

There have been four previous matches between Poland and Russia with both teams claiming one win each and two draws. The most recent meeting was a Euro 2012 group stage clash which ended in a 1-1 draw.

Robert Lewandowski remains the talisman for Poland and will be the one to watch on Tuesday. The Bayern Munich striker has scored three goals in his last two international appearances and is priced at 19/20 by Vbet to score anytime.

Russia also have some attacking quality of their own and will be banking on Artem Dzyuba. The striker has found the net three times in his last three matches for the national team and is valued at 23/15 by Vbet in the anytime goalscorer market.

There have been over 3.5 goals in two of the last three meetings between Poland and Russia and a similar outcome is priced at 14/5 by Paddy Power, over 2.5 goals is valued at 19/17 by SBK while Sport Nation is offering 6/7 on both teams to score.

There are likely to be goals in both halves at 10/11 with William Hill while both teams could be backed to score in the second half at 11/4 with Skybet.

This match between Poland and Russia will be played on Jun 1, 2021 and kick off at 19:45. Check below for our tipsters best Poland vs Russia prediction. You may also visit our dedicated betting previews section for the most up to date previews.