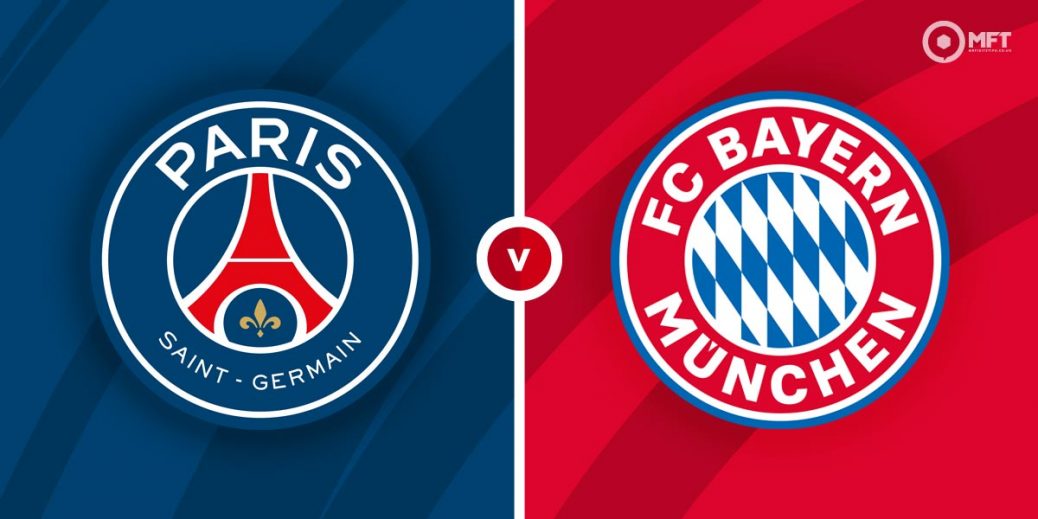 ARMCHAIR fans across Europe will be hoping for another classic as Paris St Germain and Bayern Munich face off in the second leg of their Champions League quarter-final.

It was cagey when Bayern edged out PSG in last season's final but that certainly wasn't the case when they renewed hostilities in Munich last week.

I tipped the Germans to win a game with plenty of goals but instead it was Mauricio Pochettino's men who came out on top, winning a thriller 3-2 (below).

PSG were lethal on the counter and the European champions couldn't live with the pace of Kylian Mbappe who helped himself to a double.

Now Pochettino will be hoping to catch Bayern on the break again as the Germans need to score at least twice to keep their hands on the trophy.

Bayern flopped again at the weekend as they could only draw at home to Union Berlin and they are missing the cutting edge of injured top scorer Robert Lewandowski.

But they created so many chances in the first leg and if Hansi Flick's men grab an early goal in Paris then it could be game on.

PSG are odds-on favourites to qualify at a best 7/17 with SBK while Bayern are 40/17 with the same firm to turn this tie around. But the Germans are actually favourites to win on the night at 21/17 (SBK) while the French champions are as big as 11/5 with Unibet. A draw after 90 minutes pays 31/10 at BetVictor.

PSG are sweating on keeper Keylor Navas who was taken off in the weekend win over Strasbourg. They have further problems at the back with Marquinhos crocked in the first leg and joining Juan Bernat on the sidelines. Layvin Kurzawa and Abdou Diallo are also doubts.

Bayern are still without Lewandowski (below) while Niklas Sule and Serge Gnabry are also set to miss out. Kingsley Coman, Jerome Boateng, Lucas Hernandez and Leon Goretzka are doubts.

It's hard to look past Mbappe for a PSG goal with his searing pace a massive threat against Bayern's high defensive line. The World Cup winner is 5/4 with TonyBet for anytime scorer and that looks great value.

Evergreen Thomas Muller scored for Bayern in the first leg and his experience will be key to their hopes of a comeback. The forward is a best 79/40 with SBK to grab a goal.

Neymar provided the ammunition for Mbappe in the first leg and Betway are offering 6/4 on the Brazilian assisting one or more goals here.

We saw five cards in the first leg and there could be more here. Over 4.5 match cards is poor value at 11/18 with SBK but over 2.5 Bayern cards is better at evens with Bet365 as the Germans picked up four of those first-leg bookings.