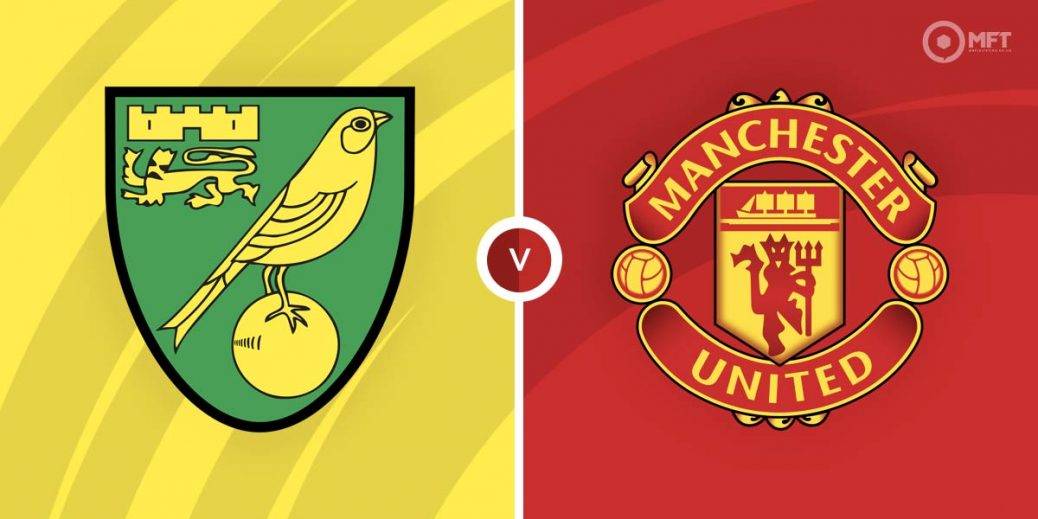 MANCHESTER UNITED will look to stretch their Premier League unbeaten run to four matches when they face Norwich at Carrow Road on Saturday evening.

Ralf Rangnick made the perfect start to his reign as Red Devils interim manager at Old Trafford last Sunday, steering his side to a hard-fought 1-0 win over Crystal Palace.

That triumph moved United into sixth position in the Premier League table, just three points behind the much-coveted top four.

As expected, Rangnick rotated his resources in midweek – a 1-1 draw with Young Boys – and the German tactician will now welcome the majority of his big-hitters back for Saturday's clash with Norwich.

Many have already consigned the Canaries to the Championship next season, but the Premier League's basement side are showing signs of life under new boss Dean Smith.

The Carrow Road club were unbeaten in three league matches before crashing to a 3-0 defeat at fast-improving Tottenham last time out.

Norwich have lost eight of their last nine matches against Manchester United and unsurprisingly the bookmakers expect that trend to continue, with a home win priced up at 32/5 (SBK) while a point apiece is an unfancied 37/10 (SBK).

Manchester United, who have avoided defeat in 31 of their last 33 Premier League away games, roll into Norfolk as red-hot 1/2 (SBK) favourites.

The odds about a straight Man United win look very short, so the best way to squeeze some value out of this could be by delving into the Bet Builder market and combining a Manchester United win, over one United goal and over zero Norwich cards at 10/11 (Bet 365).

There was lots to like about United's display in their first contest under Rangnick's watch last weekend and Saturday's trip to Carrow Road represents a good opportunity to keep the feelgood factor flowing.

The Red Devils have scored in each of their seven top flight road trips this term, notching up two or more strikes in three of their last five league games away from home.

With that in mind, coupled with the fact that Norwich have earned the unenviable tag as the leakiest defence in the division, I'll happily merge a Man United victory with over one Man United goal.

With the Old Trafford outfit expected to dictate the tempo of the game, I'll round off the Bet Builder with a minimum of one Norwich booking.

Dean Smith's side are averaging 1.93 yellow cards per-game this term, with the Canaries collecting at least one caution in 13 of their 15 league outings thus far.

One player who looks nicely priced to have his name taken by referee Darren England is Norwich midfielder Billy Gilmour who's been chalked up as a 9/2 (Bet 365) shot.

The classy Scotland international has been carded in two of his last three Premier League appearances and he could have his hands full here given the plethora of attacking talent in the visitors' armoury.

This English Premier League match between Norwich and Manchester United will be played on Dec 11, 2021 and kick off at 17:30. Check below for our tipsters best Norwich vs Manchester United prediction. You may also visit our dedicated betting previews section for the most up to date previews.