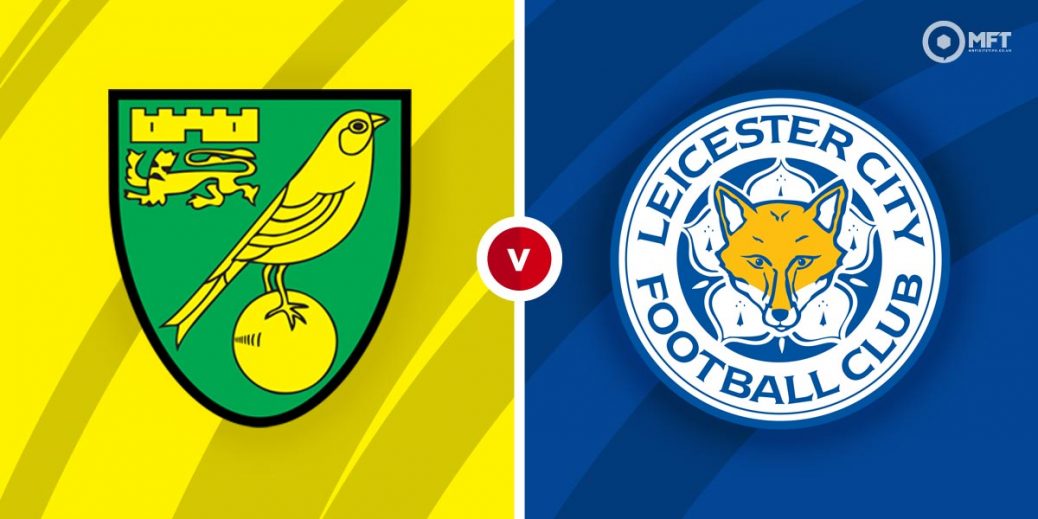 NORWICH will be looking to collect their first points of the season when they welcome Leicester to Carrow Road on Saturday afternoon.

Daniel Farke steered his side back to the promised land at the first time of asking only for the Premier League‘s random fixture generator to cruelly pit the Canaries against two of the division's powerhouses on the opening two weekends of the season.

The Norfolk outfit were comfortably dispatched by Liverpool on Matchday 1 before suffering a 5-0 mauling at Man City last Saturday.

A 1-0 win over Wolves was a positive start for the Foxes but they were brought back down to earth with a heavy bump when suffering a 4-1 hammering at West Ham on Monday night.

Brendan Rodgers will demand a response from his team this weekend as Leicester look to make it third time lucky in their quest for a coveted top-four berth.

Norwich have lost each of their last 12 Premier League fixtures and the bookies odds suggest things could get worse before they get better, with a home in trading at 19/5 (UniBet) while the draw is chalked up at 11/4 (BetVictor).

Leicester avoided defeat in 16/19 top-flight road trips last term and the Foxes are heavily fancied to rediscover their road form at 4/5 (William Hill).

Leicester are worthy favourites here but given their London Stadium horror show I'm going to steer clear of the 1×2 market and instead head to Bet 365's Bet Builder.

Combining over zero Leicester goals with each team to see at least one card brings about a nice looking 19/20 (Bet 365) play that makes plenty of appeal.

The Foxes produced the majority of their best work away from home last season, avoiding defeat in 16/19 top-flight road trips and picking up 38 points in the process.

What's more, Brendan Rodgers' side made the net bulge in all but two Premier League matches away from their King Power base last season, not to mention 10-man Leicester notched at West Ham last time out.

Norwich, on the other hand, have had a baptism of fire since their return to the top-flight, shipping at least three goals in each of their two outings so far.

With that in mind, I'll back top-heavy Leicester to get on the scoreboard at Carrow Road, but I'll throw in each team to see at least one card in what should be a closely-fought contest.

Backing both teams to be booked paid off for me in Norwich's curtain-raiser with Liverpool and the same combination clicked in Leicester's opening day win over Wolves.

Indeed, referee Robert Jones was a middle of the range card issuer last term but with the added pressure of the crowd back in the mix, I'll happily back both teams to collect a caution at Carrow Road.

I'll also dip into the team goals markets and take the 5/6 on offer with BetVictor for Leicester to score two or more goals on Saturday afternoon.

The Foxes were frequent scorers on their travels last term – bagging a brace in 11/19 road trips – and the creaky Canaries could feel the wrath of a wounded Leicester beast this weekend.

This English Premier League match between Norwich and Leicester will be played on Aug 28, 2021 and kick off at 15:00. Check below for our tipsters best Norwich vs Leicester prediction. You may also visit our dedicated betting previews section for the most up to date previews.