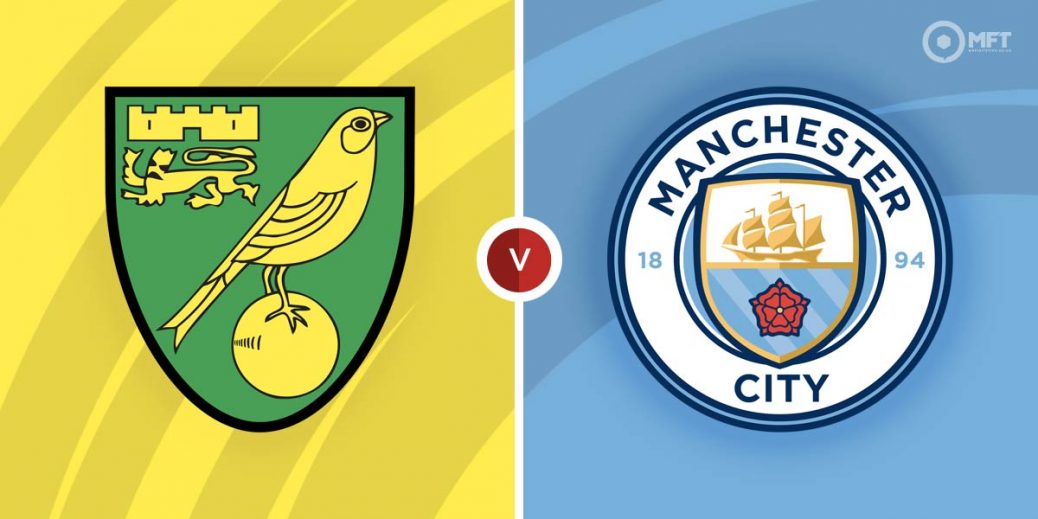 MANCHESTER CITY will look to take another step towards retaining their Premier League crown when they come up against Norwich City at Carrow Road on Saturday evening.

Pep Guardiola's star-studded side were held to a 1-1 draw in their last away game at Southampton but they returned to winning ways with a routine 2-0 win over Brentford on Wednesday night.

That means the Citizens have triumphed in 13 of their last 14 top flight outings to power nine points clear at the summit of the standings.

However, City, who are in pole position to scoop what would be a fourth title in the last five seasons, must ensure they do not rest on their laurels given that second-placed Liverpool have played a game less.

Norwich, meanwhile, have shown signs of life under the guidance of Dean Smith after a bleak opening stretch of the season.

The Canaries extended their unbeaten run in the Premier League to three matches following a 1-1 draw with Crystal Palace on Wednesday night but their hopes of continuing that sequence are slim as they face a daunting task on Saturday against the champions.

Norwich triumphed in the corresponding fixture during their stint in the top flight two seasons ago but the same outcome on Saturday is an unfancied 22/1 (SBK) while the draw is also deemed unlikely at 38/5 (SBK).

Manchester City are unsurprisingly short-priced favourites, with the visitors just 2/13 (SBK) to return to winning ways on the road.

The odds about a straight Man City win are very short, so the best way to squeeze some value out of this could be by delving into the Bet Builder market and combining a Manchester win, under five match goals and over zero Norwich cards at 20/23 (Bet 365).

City continue to go about their title defence in solid rather spectacular style and that was the case once more in midweek when the league leaders brushed aside Brentford.

Sure, Pep Guardiola's pacesetters are capable of ruthlessly putting teams to the sword, but it's worth mentioning that 14 of Man City's last 17 top flight successes have featured four goals or fewer.

What's more, City will likely have one eye on their Champions League trip to Lisbon on Tuesday night, so with all things considered, backing the Blue Moon and under five match strikes makes appeal.

With Manchester City expected to dictate the tempo of the game, I'll round off the Bet Builder with a minimum of one Norwich booking.

Dean Smith's side are averaging 1.78 yellow cards per-game this term, with the Carrow Road club collecting at least one caution in 20 of their 23 league assignments to date.

One player who could be worth considering for a caution is Norwich midfielder Kenny McLean who has priced up at 6/1 (Bet 365) to have his name taken by referee Andre Marriner.

The Scotland international has been carded in two of his last three outings for Norwich and he could have his hands full here given the plethora of attacking talent in the visitors' armoury.

This English Premier League match between Norwich City and Manchester City will be played on Feb 12, 2022 and kick off at 17:30. Check below for our tipsters best Norwich City vs Manchester City prediction. You may also visit our dedicated betting previews section for the most up to date previews.