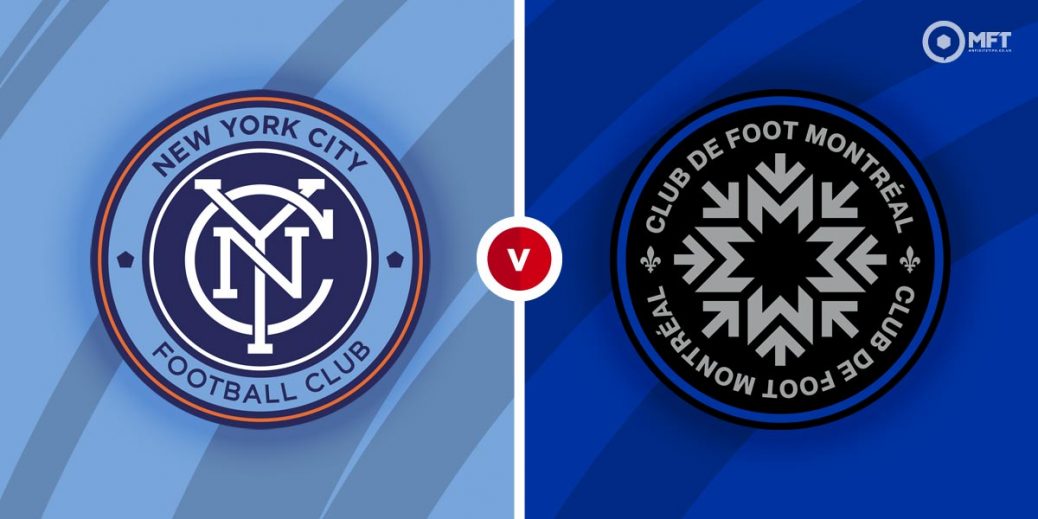 New York City are set for a third straight home win as they face CF Montreal in an MLS fixture at the Red Bull Arena. Montreal have been erratic on the road and are set to drop points at New York City.

New York City are coming off a 2-1 defeat to Columbus Crew in their previous MLS fixture. They fell behind on the stroke of halftime but struck back just after the restart through Jesus Medina before conceding the winner in the second half.

It was the second straight defeat for New York City, who were also beaten 2-1 by Montreal in their previous fixture. The good news for manager Ronny Deila is both matches were away from home and the Pigeons are set to return to the Red Bull Arena, where they have won their last two matches.

New York City will hope to take confidence from their most recent fixture at home which was a 2-1 victory over DC United. They remain shaky at the back, however, having kept just one clean sheet in their last nine MLS matches.

Montreal earned a thrilling 5-4 victory over Cincinnati last time out in the MLS. They had to come from behind twice with Ahmed Hamadi and Mason Toye both netting a brace each while Joaquin Torres was also on target.

It was the third straight win for Wilfried Nancy’s men, who are now up to fourth in the Eastern Conference. However, all three matches have been played at home with the team often inconsistent on their travels.

Montreal have claimed just two away wins this season with a 2-0 defeat to struggling Vancouver Whitecaps and a 1-0 loss to Atlanta United highlighting their struggles on the road. Like New York City, they also struggle defensively and have conceded five goals in their last two matches.

The bookies have New York City as overwhelming favourites with betway offering 9/20 for a home win. A victory for Montreal is valued at 13/2 by William Hill while a draw is set at odds of 7/2 by Skybet.

New York City have won their last two matches at the Red Bull Arena and given Montreal’s struggles on the road, I am leaning towards a home win here.

New York City have an 8-2 advantage with five draws from 15 previous matches against Montreal. Although Montreal claimed a 2-1 victory in the reverse fixture, New York City have claimed two wins in the last three meetings at home.

Midfielder Jesus Medina has found the net six times this season and was also on target last time out against Columbus Crew. He is priced at 3/2 with Skybet to score anytime while the first goal is set at odds of 9/2 by Betfred.

Mason Toye is the top scorer for Montreal this season with six goals including a brace last time out against Cincinnati. Bet365 has the forward at 15/4 to score anytime while also offering 12/1 for the first goal.

New York City and Montreal have quality in attack but often struggle defensively and are likely to produce goals on Thursday. Bet365 is offering 10/11 on both teams to score, over 2.5 goals is valued at 4/6 by Skybet while over 3.5 goals is priced at 7/4 with Betfred.

There are likely to be goals in both halves at 7/10 with William Hill while New York City could be backed to earn a win and over 2.5 goals at 6/5 with bet365.

This MLS match between New York City FC and CF Montreal will be played on Jul 22, 2021 and kick off at 00:30. Check below for our tipsters best New York City FC vs CF Montreal prediction. You may also visit our dedicated betting previews section for the most up to date previews.