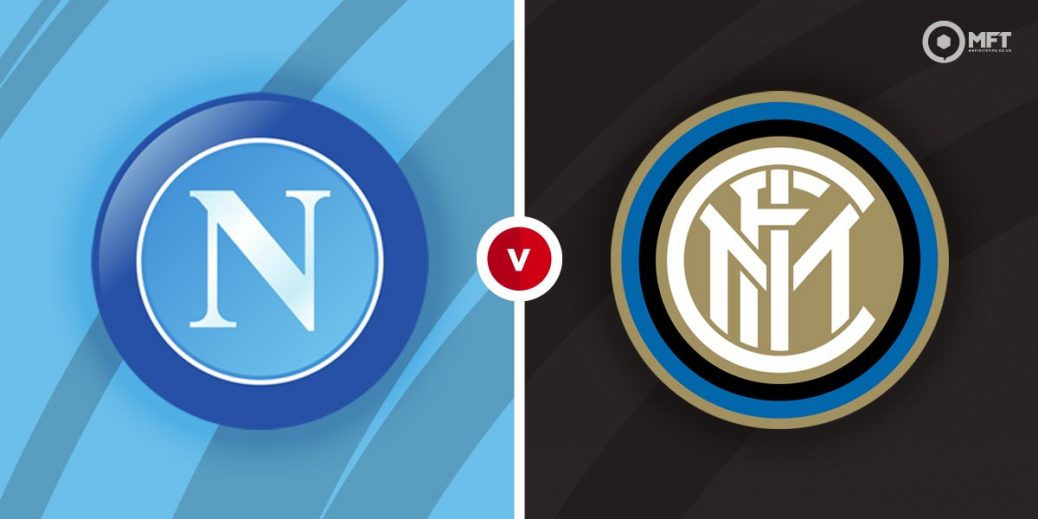 CHAMPIONS-in-waiting Inter Milan will look to take another step closer to securing the Serie A title when they travel to Napoli on Sunday night.

Antonio Conte's star-studded side have their foot firmly down on the accelerator as they power towards what would be a first league crown in 11 years.

Last time out, the Nerazzurri notched up their eleventh win on the spin with a hard-fought 1-0 win over Cagliari.

That triumph sent Inter 11 points clear at the summit of the standings but they should expect a tougher test when they take on Champions League chasing Napoli this weekend.

Gennaro Gattuso's charges have chalked up five wins from their last six league matches, a sequence of results that has put Napoli firmly in the mix for a top-four finish.

The Partenopei solidified their Champions League qualification credentials with 2-0 win at Sampdoria last Sunday, and they will be quietly confident about claiming the scalp of champions-elect Inter on Sunday.

Napoli have lost just one of their last eight games in Serie A but the hosts are 2/1 outsiders here with Bet 365, with the draw priced up at 5/2 with the same firm.

Inter are 5/4 favourites with TonyBet to record what would be a twelfth consecutive Serie A victory.

Inter may not get things all their own way when they travel to in-form Napoli this weekend so I'm going to swerve the match result market and instead head to the Bet Builder feature.

If we combine over one match goal, each team to see at least one card and over two match cards we will be presented with a backable 4/5 shot with Bet 365.

26 of Napoli's 30 league games this season have produced over 1.5 goals, not to mention eight of their last nine league matches have generated two or more strikes.

Inter, on the other hand, have seen two or more match goals scored in 25/30 league assignments this term and it's worth noting that only Atalanta have scored more goals in Serie A than either of these respective sides this season.

With that in mind, coupled with the array of attacking talent that will be on display, I'm more than happy to throw over one match goal into the equation at the Diego Armando Maradona Stadium on Sunday.

In order to boost up the price, I'll also back each team to see a card and for over two match cards to be shown in what should be a closely-fought contest in Naples.

Indeed, neither of these sides have been prolific for picking up cards this season, however, a whopping eight yellows and one red were flashed during the reverse fixture.

What's more, referee Daniele Doveri will take charge of this tussle, with the Italian whistler flashing three or more cards in 15/16 Serie A assignments this season so far.

I'll also dip into the anytime goalscorer market and take the 7/5 on offer with UniBet for Inter striker Romelu Lukaku to hit the back of the net Sunday.

The brilliant Belgian is having a season to remember and after recently racking up a remarkable career haul of 300 goals, I'll happily back the in-form Inter hitman to add to that tally this weekend.

This Serie A match between Napoli and Inter Milan will be played on Apr 18, 2021 and kick off at 19:45. Check below for our tipsters best Napoli vs Inter Milan prediction. You may also visit our dedicated betting previews section for the most up to date previews.