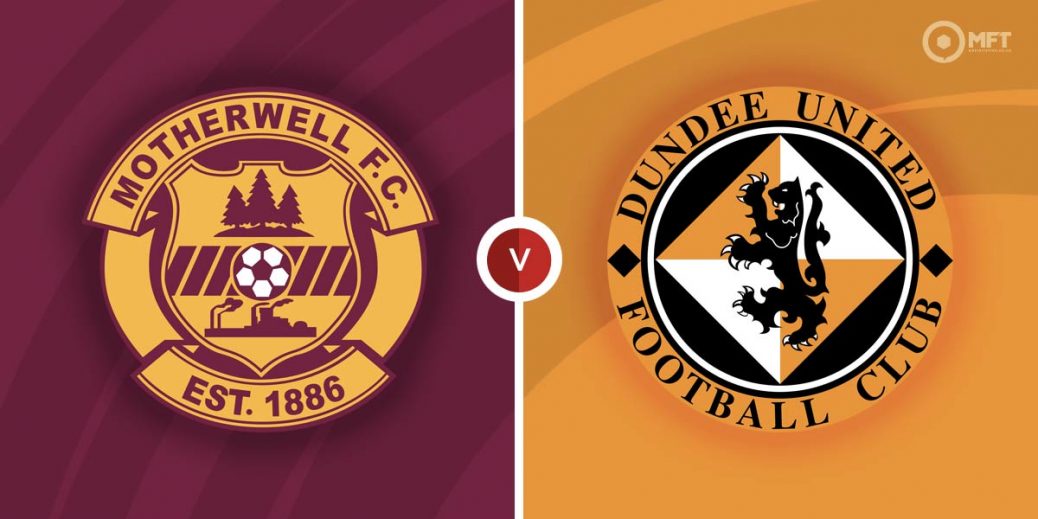 IT got ugly for Motherwell at Dens on Saturday and boss Graham Alexander will demand a response in front of the Sky cameras when Dundee United come calling in the SPFL Premiership.

Well headed to Tayside with their tails up after wins over Aberdeen and Hearts but turned in one of their worst displays of the season as Dundee spanked them 3-0.

Furious Alexander claimed his players had shown their “ugly side” but the result was pleasing on the eye for me as two of my tips came up.

Motherwell's form has been streaky this season, with a five-game unbeaten run followed by five matches without a win before those big victories over the Dons and Jambos.

But Celtic, Rangers and Hibs are the only teams who have won at Fir Park this term and being back at home could spark a response after that dismal Dens display.

It was also a bad weekend for Dundee United as they shipped a stoppage-time leveller to 10-man Ross County in Dingwall, making it just one win in five for Tam Courts' men.

That means both teams will be desperate to get back on track in what promises to be an intriguing Premiership clash.

Motherwell are 7/5 favourites at Betfred and that looks a decent price given their strong form at home. The draw pays 9/4 at Bet365 while Dundee United's best price is 11/5 at BetVictor.

United came out on top when these sides met at Tannadice earlier in the season, with Charlie Mulgrew's strike sealing a 2-1 win (below). But it was honours even last season, with the four Premiership clashes producing a win apiece and two draws.

I'd expect Alexander (below) to make a few changes after that poor weekend show. Kevin van Veen should start after coming off the bench at Dens and is 12/5 with Paddy Power for anytime scorer.

Peter Pawlett could be due a goal for United having gone four games without scoring. The midfielder has five to his name already this season and is 4/1 at Paddy Power to add to that tally.

BTTS came up when these sides faced off at Tannadice and I fancy that bet here (Evens, McBookie) as both sides are desperate for a win.

Four of the last six meetings have seen a one-goal winning margin and backing that here pays 5/4 with McBookie.

Six yellows were flashed in that Tannadice meeting earlier this season and there have been cards galore in United's last two matches, including three reds. That makes the card markets appealing here but the bookies have yet to price them up.

Well won 11 corners to United's four earlier this season and they are 3/4 with BetVictor to win most corners in this one. Over 10.5 match corners also appeals at 5/6 with Bet365.

This Scottish Premiership match between Motherwell and Dundee United will be played on Nov 30, 2021 and kick off at 19:45. Check below for our tipsters best Motherwell vs Dundee United prediction. You may also visit our dedicated betting previews section for the most up to date previews.