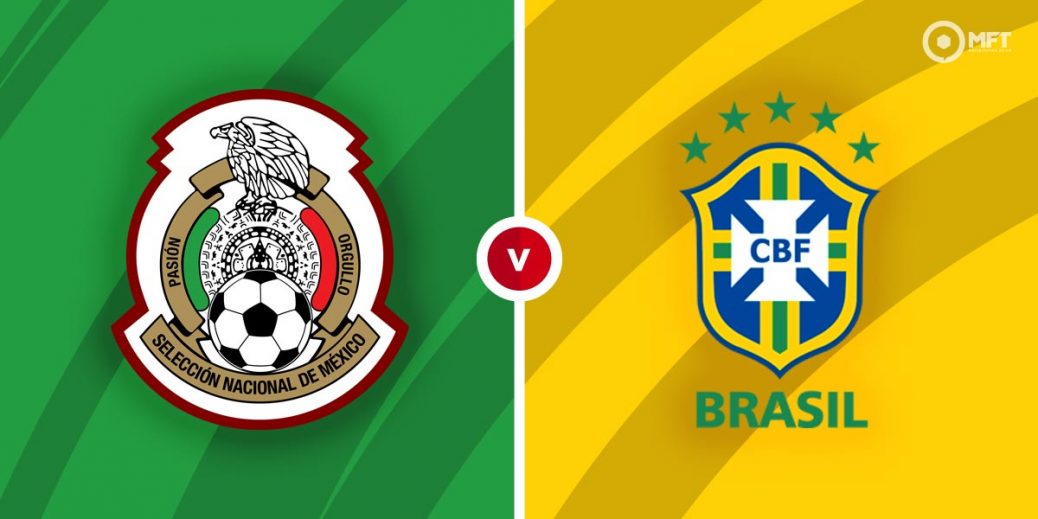 Mexico face Brazil at Kashima Soccer Stadium in the semi-final of the men’s football event at the Tokyo 2020 Olympics. Given the quality on show, there should be goals in this one but the Brazilians have looked more solid in the competition and are likely to have the edge.

A thrilling 6-3 victory over South Korea earned Mexico a place in the semi-final of the competition. In a topsy-turvy contest, Henry Martin and Francisco Cordova both netted braces while Luis Romo and Eduardo Aguirre were also on target.

Since claiming a 4-1 victory over France in their opening fixture, Mexico have gone on to show their attacking quality in the competition. They are the leading scorers with 12 goals from four matches but their progressive style often has come at a cost at the back where they have conceded six times in their run to the last four.

Jaime Lozano’s men have been prone to errors at the back and often give opposition attacks scoring opportunities. A 2-1 defeat to hosts Japan highlights the vulnerability in their defence which the Brazilians will be keen to capitalise on.

Brazil had a more straightforward victory in their quarter-final fixture as they beat Egypt 1-0. They had a number of goalscoring opportunities but in the end, Matheus Cunha’s first half effort proved to be the difference.

The Brazilians are unbeaten in Tokyo 2020 and have claimed three wins and a draw from their four matches. The only blemish on an otherwise solid record in Tokyo was a 0-0 draw against Cote D'Ivoire where they played most of the game with 10 men.

Like Mexico, Andre Jardine's men have flexed their attacking muscles at the Tokyo 2020 Olympics and are among the leading scorers in the competition. A 4-2 victory over Germany and a 3-1 triumph against Saudi Arabia highlight their quality in attack.

While both teams have plenty of attacking quality, the Brazilians have shown a bit more solidity in defence and should have the upper hand here.

There have been two previous meetings at this level between both teams with Brazil claiming one win while Mexico triumphed 2-1 in the final of the 2012 Olympics in London.

Striker Henry Martin is the leading scorer for Mexico in the competition with three goals. Midfielders Eduardo Aguirre and Ernesto Vega have also been among the goals in the competition and can help the Mexicans score over 1.5 goals at 13/8 with bet365.

Richarlison will be the one to watch for Brazil having scored five goals at Tokyo 2020. Matheus Cunha has also found the net twice and both men can combine to produce over 1.5 goals for the Brazilians at evens with bet365.

Three of Mexico's four matches at Tokyo 2020 have ended with both sides scoring and a similar outcome could be on the cards at 7/10 with bet365. Given the attacking quality of the Mexicans and Brazilians, over 3.5 goals could be considered at 2/1 with bet365, who are also offering 17/20 for over 2.5 goals.

Mexico and Brazil have a knack for finding the net after the break and both teams could be backed to score in the second half at 9/4 with bet365. The second half could also be tipped as the highest scoring half at evens with bet365.

This Olympics match between Mexico and Brazil will be played on Aug 3, 2021 and kick off at 09:00. Check below for our tipsters best Mexico vs Brazil prediction. You may also visit our dedicated betting previews section for the most up to date previews.