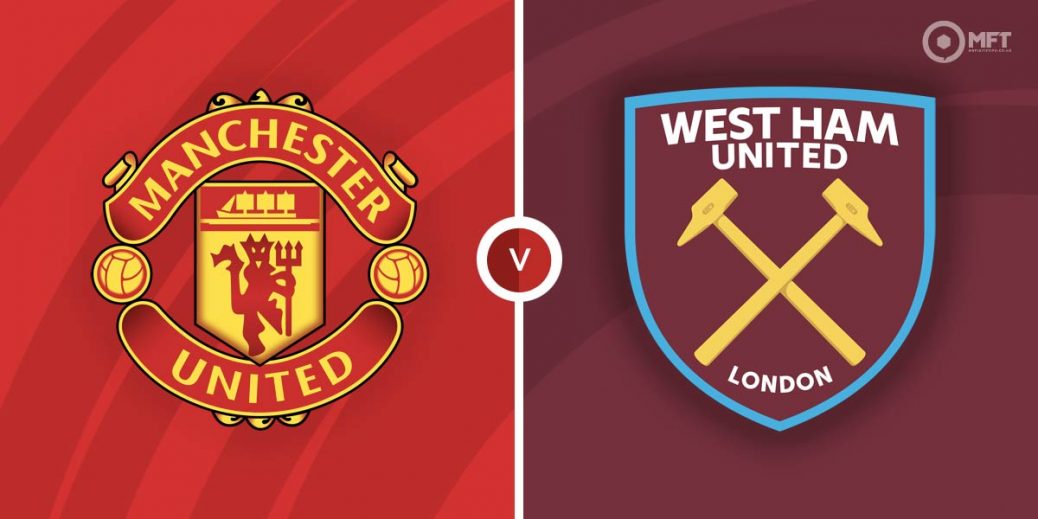 Manchester United host West Ham United in an English Premier League fixture on Saturday with both teams currently in a battle for the top four. Defending appears to be a major problem for the rivals at the moment and goals can be expected here.

Manchester United are still yet to find their rhythm under Ralf Rangnick but head into Saturday’s clash with just one defeat in their last 10 matches across all competitions. They remain in the hunt for a UEFA Champions League place and sit just two points behind West Ham in fourth position.

Rangnick recently announced a switch to the 4-3-3 system which appears to be paying off at the moment. The Red Devils bounced back from a 2-2 draw with Aston Villa to claim a 3-1 victory over Brentford in a rescheduled fixture on Wednesday.

Despite the change in system, one problem that has persisted for Manchester United throughout the season is their vulnerable backline. They have kept just one clean sheet in their last six matches across all competitions.

West Ham are looking to make a swift return to winning ways after suffering a 3-2 home defeat to Leeds United in their previous fixture. They twice came from behind to level matters through Jarrod Bowen and Pablo Fornals but conceded the winner midway through the second half.

The Hammers had been in good form prior to that defeat, winning their last four matches across all competitions. David Moyes's men have also been a bogey team to the top sides this season, knocking out both Manchester clubs from the EFL Cup while also beating both Liverpool and Chelsea in the Premier League.

Manchester United have the upper hand among the bookies and are priced at 11/12 by Vbet to claim the win. A victory for West Ham is valued at 16/5 by bet365 while a draw is set at odds of 20/7 by Vbet.

Manchester United have a 62-35 advantage with 30 draws from 127 previous matches against West Ham. Both teams have already met twice this season with the Red Devils claiming a 2-1 victory in the reverse fixture while the Hammers triumphed 1-0 in the EFL Cup.

Despite being on a mini drought at the moment, Cristiano Ronaldo remains the top scorer for Manchester United with eight Premier League goals. The striker was on target in the reverse fixture and is priced at 11/10 by BetVictor to get on the score sheet.

Jarrod Bowen is the man in form for West Ham at the moment with four goals in his last three matches. Unibet has the winger at odds of 18/5 to find the net on Saturday.

Manchester United and West Ham have both seen over 3.5 goals in their last two Premier League matches and could be set for a similar outcome at 7/4 with betfair. Over 2.5 goals is valued at odds of 8/11 with Unibet.

Both teams often find their rhythm after the break and could be backed to score in the second half at 35/19 by SBK. The second half can also be tipped as the highest scoring half at 103/100 with Sporting Index.