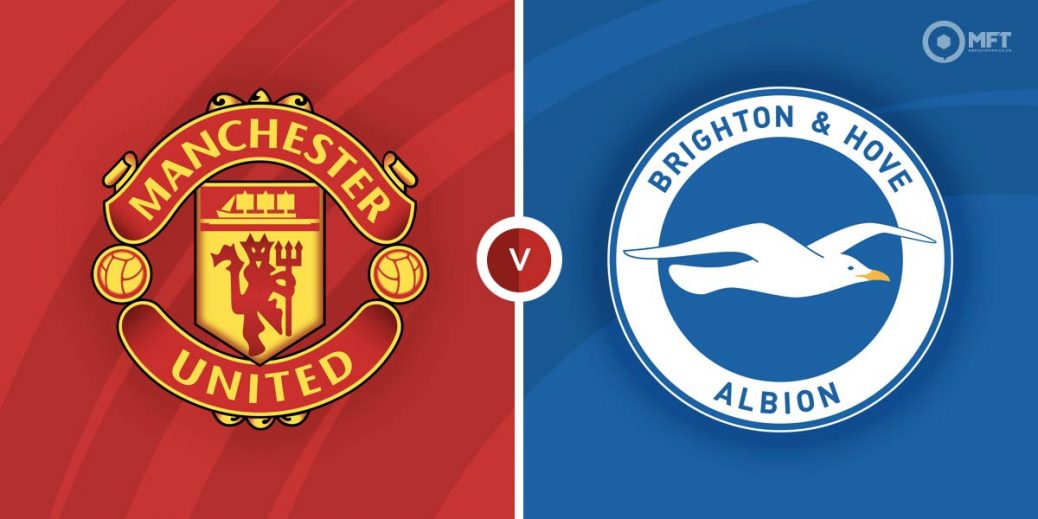 Manchester United will be keen to stem the tide of recent draws as they host Brighton & Hove Albion in a midweek English Premiership fixture. Brighton have become a difficult team to get past and will be confident of getting something at Old Trafford.

Manchester United are coming off a 1-1 home draw with Southampton in their previous Premier League fixture. They took an early lead through Jadon Sancho but were unable to hold out and conceded the equaliser just after the restart.

That result is typical of Manchester United’s recent performances as they often fail to build on fast starts. Ralf Rangnick’s men have drawn their last three matches across all competitions, all of them ending in a 1-1 scoreline.

There has been little home comfort for Manchester United in recent weeks as they are winless in their last two matches at Old Trafford. They crashed out of the FA Cup on penalties after letting a lead slip in a 1-1 home draw with Championship side Middlesbrough.

Brighton & Hove Albion have also been plagued by the draws lately and have be held three times in their last four Premier League matches. They remain just inside the top 10 and will be keen to keep the likes of Southampton and Aston Villa at bay.

Graham Potter’s men made a return to winning ways last time out as they claimed a 2-0 victory at Watford. Neal Maupay opened the scoring just before the break while Adam Webster added the second seven minutes from time.

Brighton appear to have developed a stubborn streak lately, particularly on the road where that have suffered just one defeat in their last 10 away matches in the Premier League. Seven of those fixtures have ended in draws, including a 2-2 scoreline at Liverpool while they also held Chelsea 1-1 at Stamford Bridge.

Despite their recent struggles, Manchester United are still considered overwhelming favourites among the bookies at 4/5 with SpreadEX. A victory for Brighton is valued at 19/5 by SBK while bet365 is offering odds of 3/1 for a draw.

Manchester United often come out on top in this fixture and have won the last six meetings against Brighton. This will be the first meeting between both teams this season with United claiming a 2-1 victory in this fixture last term.

Cristiano Ronaldo is in the middle of a drought but always carries a major goal threat for Manchester United and is priced at 13/10 by Vbet to get on the score sheet on Tuesday. Jadon Sancho has also come onto some form with two goals in his last three matches and is valued at 33/10 by Unibet to find the net.

Neal Maupay ended a four-match drought with his goal last time out and will be looking to go on a scoring run. The striker remains the top scorer for Brighton with eight goals this season and could be worth considering to find the net at 5/2 with Unibet.

Manchester United have also led at the break in their last three matches and could be set for a halftime win at 7/5 with Sport Nation.