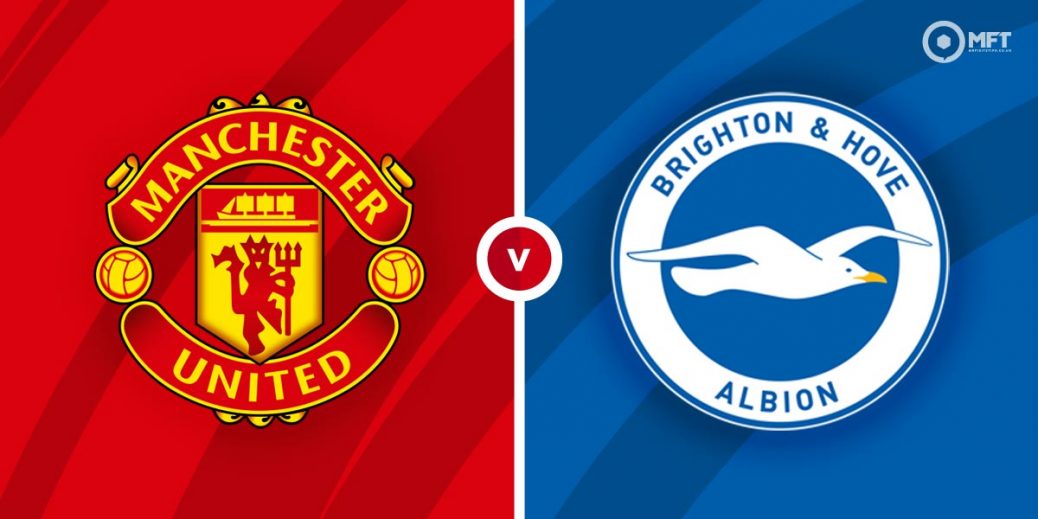 MANCHESTER UNITED will be hoping to take their frustration out on Brighton in this Premier League clash after stewing over the international break about their FA Cup defeat by Leicester.

I fancied the Foxes to dump inconsistent United out of the Cup at the King Power and they delivered in a game where two of my three tips came up.

The only hope Ole Gunnar Solksjaer has of lifting silverware this season now lies in the Europa League, with their quarter-final clash against Granada looming on Thursday night.

But there's still plenty to play for in the Premier League as United are by no means guaranteed a top-four finish, sitting eight points ahead of fifth-placed West Ham.

Brighton are also desperate for the points as they bid to move further clear of the drop zone. The Seagulls won two in a row before the international break to move six points ahead of third-bottom Fulham but can't relax until they are mathematically safe.

It's no great surprise to see Manchester United as odds-on favourites and they are a best 13/18 at SBK. Brighton are 47/10 with the same firm while the stalemate pays 3/1.

United have won five in a row against Brighton, scoring 14 times in the process. A last-gasp Bruno Fernandes goal sealed a thrilling 3-2 victory when the sides met at the Amex earlier this season in the league (below) while United won 3-1 in the last clash at Old Trafford.

Brighton won two in a row at home to United in 2018 but have never won a game at Old Trafford.

Solskjaer has injury problems in attack with Anthony Martial set to miss out and doubts hanging over Marcus Rashford, Edinson Cavani and Marcus Greenwood. That makes midfielder Fernandes (below) their best shout for a goal and he's 31/20 with Unibet for anytime scorer.

Brighton's Leandro Trossard scored twice for Belgium in their rout of Belarus last week and is 11/2 with 888Sport for a goal which is a decent long-odds option.

This fixture has delivered plenty of thrills, with the last six meetings all delivering at least three goals. So I'm surprised to see over 2.5 goals at 19/20 with TonyBet which looks decent value, especially for accumulators.

The second period has been the highest-scoring half in the last meetings and a repeat in this game pays 107/100 at TonyBet.

Danny Welbeck should start against his old club and the Brighton striker is a tempting 5/4 with Paddy Power to have one or more right-foot shots on target.